Fidelity And Affection Of A Horse 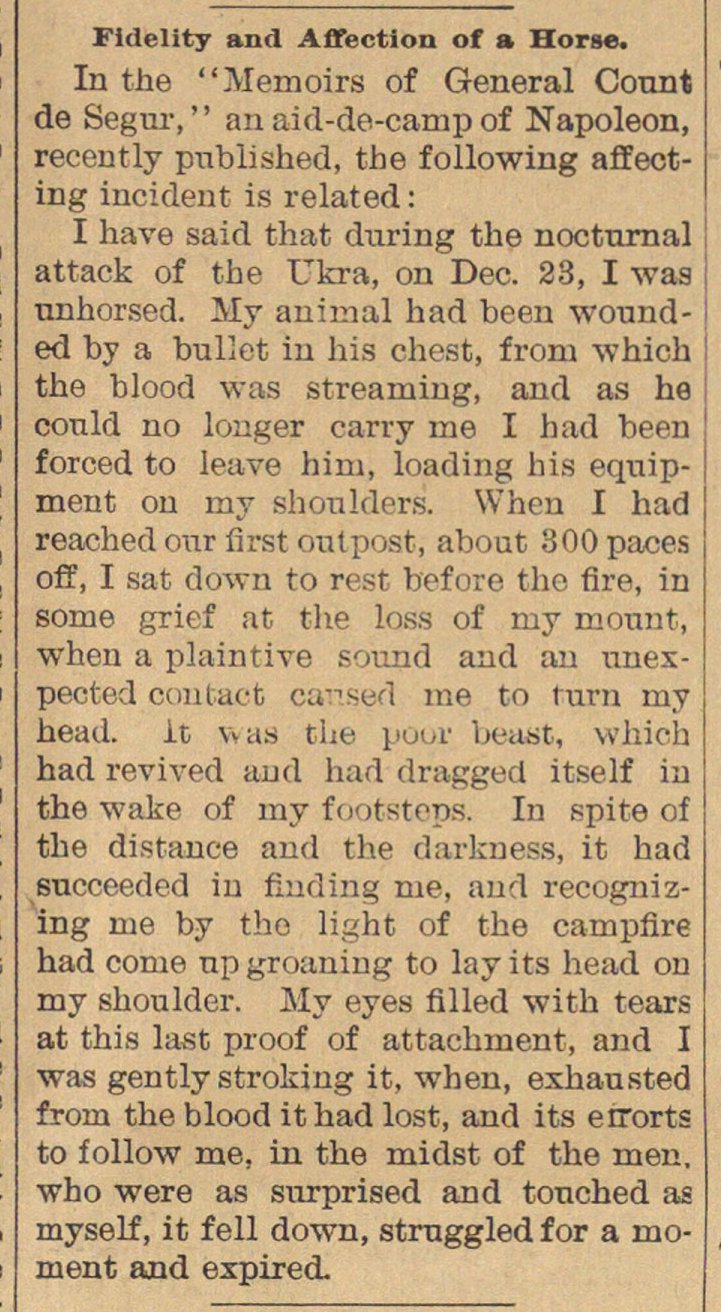 In the "Memoirs of General Count de Segur," anaid-de-campof Napoleon, recently published, the following affecting incident is related : I have said that during the nocturnal attack of the Ukra, on Dec. 23, I was nnhorsed. My animal had been wounded by a bullet in his chest, froni which the blood was streaming, and as he cotild no louger carry me I had been forced to leave him, loading his equipment on my shonlders. When I had reachedonr iirst ontpost, about 300 paces off, I sat down to rest before the fire, in some grief at the loss of my mcrant, wheu a plaintive sound and au nnexpeoted contact cansed me to turn my head. lt was the pooi' beast, vvhich had revived and had dragged itself in the wake of my footsteps. In spite of the distance and the darkness, it had succeeded in finding me, and recognizing me by the light of the campfire had come npgroaning to lay its head on my shoulder. My eyes filled with tears at this last proof of attachment, and I was gently stroking it, when, exhausted frorn the blood ithad lost, and its errorts to follow me, in the midst of the men. who were as surprised and tonched as myself , it feil down, strnggled for a moment and expired.