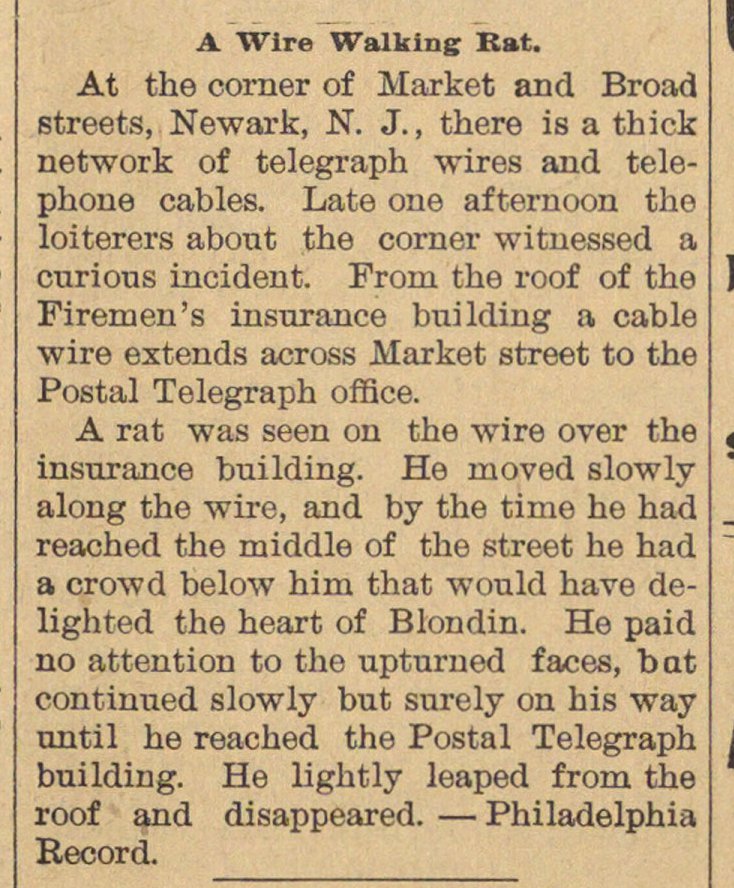 At the corner of Market and Broad streets, Newark, N. J. , there is a thick network of telegraph wires and telephone cables. Late oue afternoon the loiterers abont the corner witnessed a curious incident. From the roof of the Firemen's insurance building a cable wire extends across Market street to the Postal Telegraph office. A rat was seen on the wire over the insurance building. He moved slowly along the wire, and by the time he had reached the middle of the street he had a crowd below him that would have delighted the heart of Blondín. He paid no attention to the uptnrned faces, bat eontinued slowly but surely on his way until he reached the Postal Telegraph buildine-. He lichtlv leaDed from the