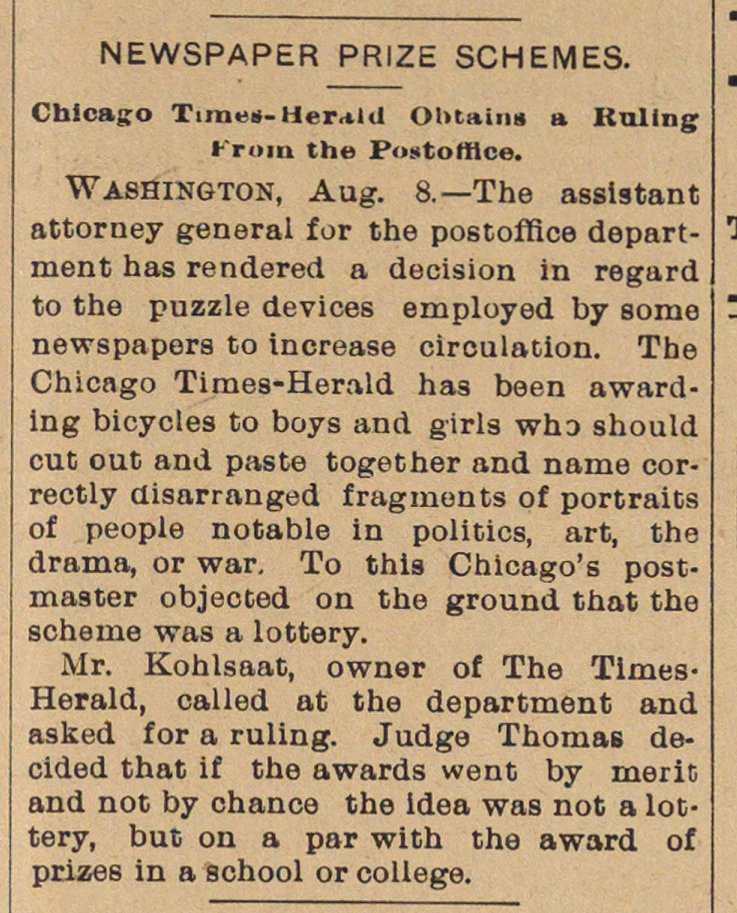 Washington, Aug. 8.- The assistant attorney general for the postoffice department has renderecl a decisión in regard to the puzzle devices employed by some newspapors to increase circulation. The Chicago Times-HerrUd has been awarding bicycles to boys and girls who should cut out and paste together and name correctly disarranged fragmonts of portraits of people notable in politics, art, the drama, or war. To this Chicago's postma9ter objected on the ground that the schenie was a lottery. Mr. Kohlsaat, owner of The TimesHerald, called at the department and asked íor a ruling. Judge Thomas decided that if the awards went by niorit and not by chance the idea was not a lottery, but on a par with the award of prizes in a school or college.