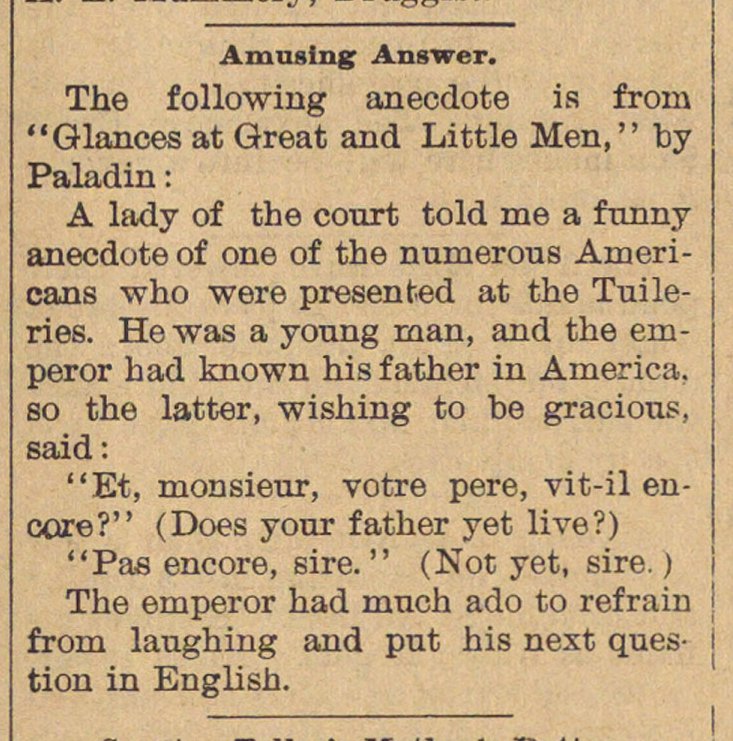 The following anecdote is from "Glances at Great and Little Men," by Paladín : A lady of the court told me a funny anecdote of one of the numerous Americans who were presented at the Tuileries. He was a young inan, and the emperor had known his father in America, so the latter, wishing to be gracions, said: "Et, monsieur, votre pere, vit-il enccare?" (Does your father yet live?) "Pas encoré, sire. " (Not yet, sire. ) The emperor had mnch ado to refrain from langhing and put his nest question in English.