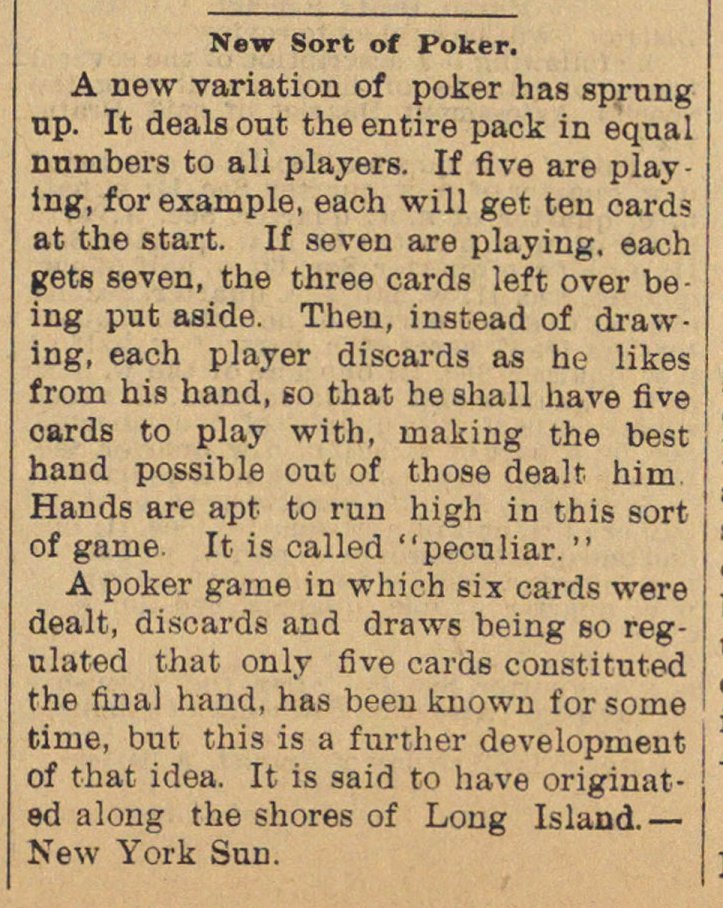 A new variation of poker has sprnng up. It deals out the entire pack in equal numbers to ali players. If five are playing, forexample, each will get ten oards at the start. If seven are playing. each gets seven, the three cards left over being put aside. Then, instead of drawing, each player discards as he likes from his hand, so that he shall have five oards to play with, rnaking the best hand possible out of those dealt hini Hands are apt to run high in this sort of game. It is called "peculiar. " A poker game in vchich six cards were dealt, discards and draws being so regnlated that only five cards constituted the final hand, has been known for some time, but this is a further development of that idea. It is said to have originated along the shores of Lona; Island. -