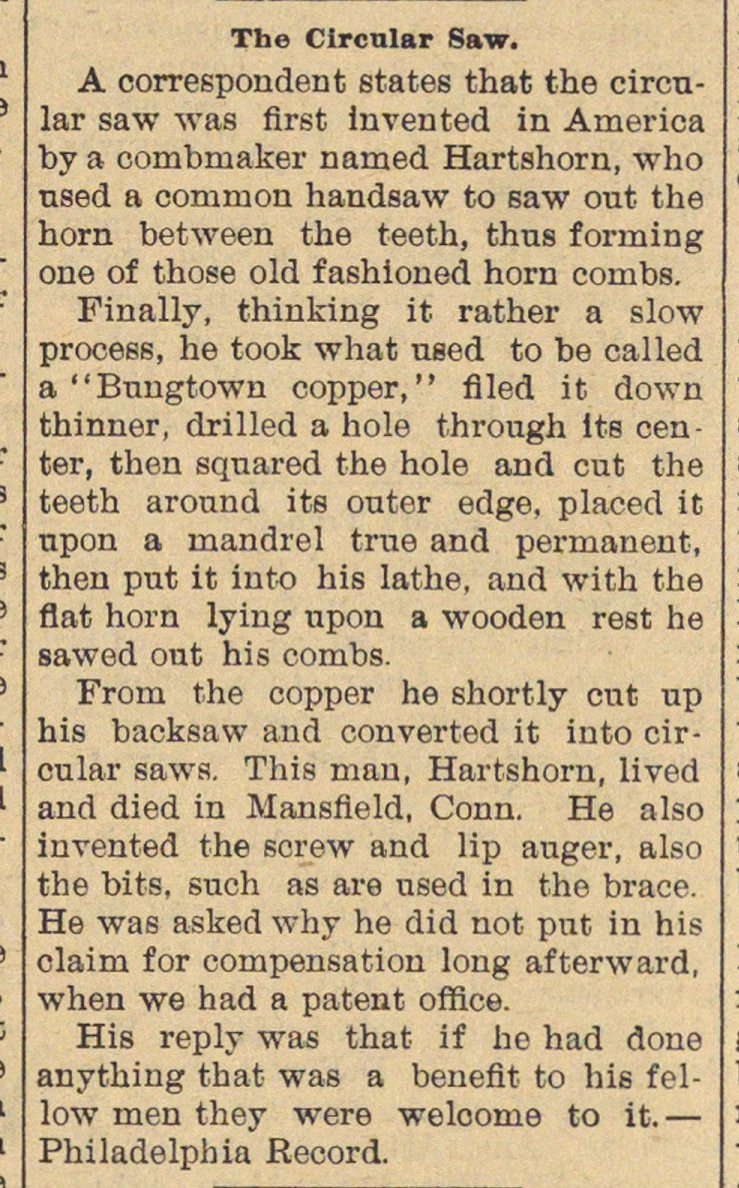 A correspondent States that the circnlar saw was first invented in America by a combmaker named Hartshorn, who nsed a comruon handsaw to saw out the hora between the teeth, thns forming one of those old fashioned hom conibs. Finally, thinking it rather a slow process, he took what nsed to be called a "Bungtown copper, " flled it down thinner, drilled a hole through its center, then squared the hole and cut the teeth aronnd its outer edge, placed it upon a niandrel true and permanent, then put it into his lathe, and with the flat horn lying upon a wooden rest he sawed out his combs. From the copper he shortly ent up his backsaw and converted it into circular sawa. This man, Hartshorn, lived and died in Mansfleld, Conn. He also invented the screw and lip auger, also the bits, such as are used in the brace. He was asked why he did not put in his claim for compensation long afterward, when we had a patent office. His reply was that if he had done anything that was a benefit to his fellow men they were welcome to it. -