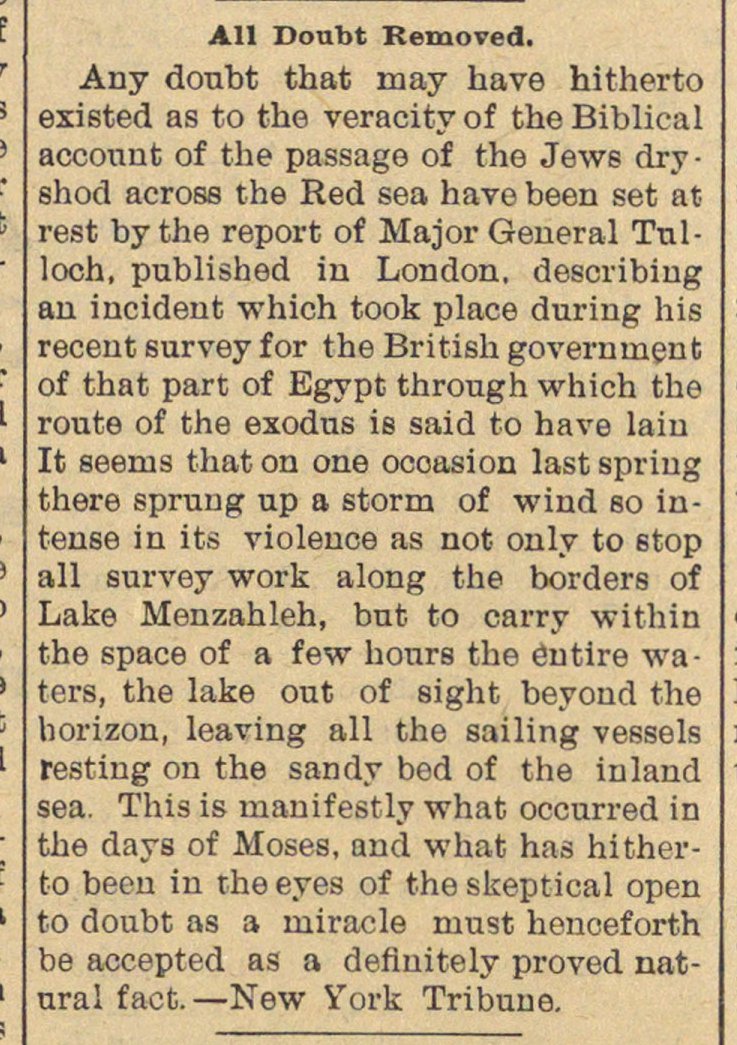 Any doubt that may have hitherto existed as to the veracityof theBiblical account of the passage of the Jewe dryshod across the Red sea have been set at rest by the report of Major General Tulloch, published in London. describiug an incident which took place during his recent survey for the British govern inent of that part of Egypt through which the route of the exodus is said to have lain It seerus that on one ocoasion last spring there spruug up a storm of wind so intense in its violence as not only to stop all survey work along the borders of Lake Menzahleh, bnt to carry within the space of a few hours the öutire waters, the lake out of sight bevond the horizon, leaving all the sailing vessels festing on the sandy bed of the iuland sea. This is inauif estly what occurred in the days of Moses, and what has hitherto been in the eyes of the skeptical open to doubt as a niiracle must henceforth be accepted as a defluitely proved ural f act. -