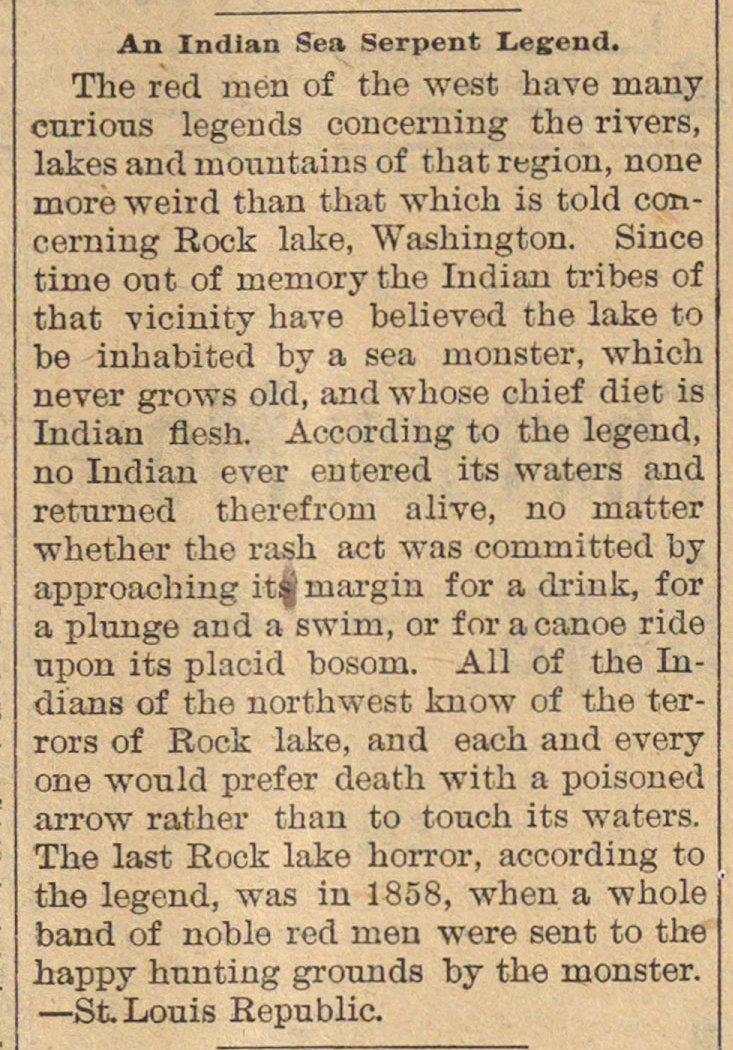 The red men of the west have many cnricras legends concerning the rivers, lakes and ïnountains of that región, none more weird than that whioh is told concerning Rock lake, Washington. Since time out of raemory the Iridian tribes of that vicinity have believed the lake to be inhabited by a sea monster, which never grows old, and whose chief diet is Indian flesh. According to the legend, no Iudian ever entered its waters and returned therefrom alive, no matter whether the rash act was committed by approaching it$j margin for a drink, for a plunge and a swim, or for acanoe ride upon its plaoid bosom. All of the Iudians of the northwest know of the terrors of Rock lake, and each and every one would prefer death with a poisoned arrow rather than to touch its waters. The last Rock lake horror, according to the legend, was in 1858, when a whole band of noble red men were sent to the hatrov hnnting srounds bv the monster.