Had To Have Some Sort Of Mob 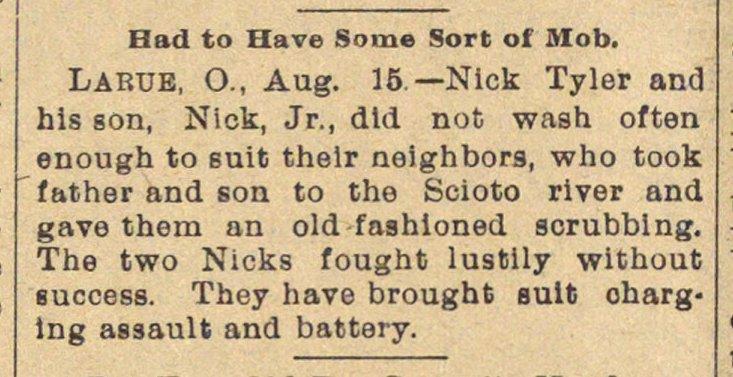 Laeue, O., Aug. 15.- Nick Tyler and his son, Niok, Jr., dtd not wash often enough to Buit thelr neighbors, who took father and son to the Scioto river and gave them an old fashioned scrubblng. The two Nicks fought lustlly without success. They have brought Bult ohargIng assault and battery.