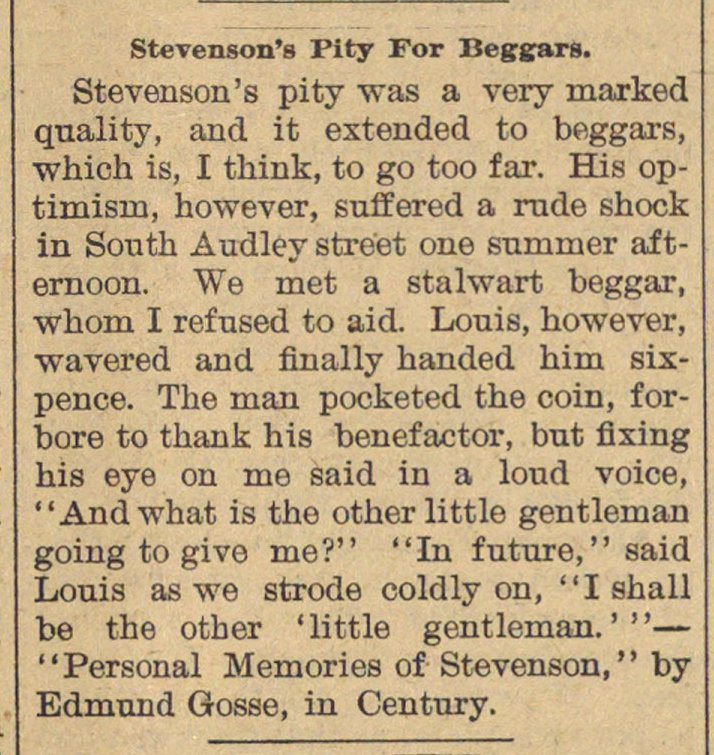 Stevenson's pity was a very marked qnality, and it extended to beggars, whioh is, I think, to go too f ar. His optimism, however, suffered a rnde shock in South Audley stréet one summer af ternoon. We met a stalwart beggar, whom I refused to aid. Louis, however, wayered and finally handed him sixpence. The man pocketed the coin, forbore to thank his benefactor, but fising his eye on me said in a loud voice, "Andwhat is the otherlittle gentleman going to give me?" "In future," said Louis as we strode coldly on, "Ishall be the other 'little gentleman.'" - "Personal Memories of Stevenson," by Edmund Gosse, in Century.