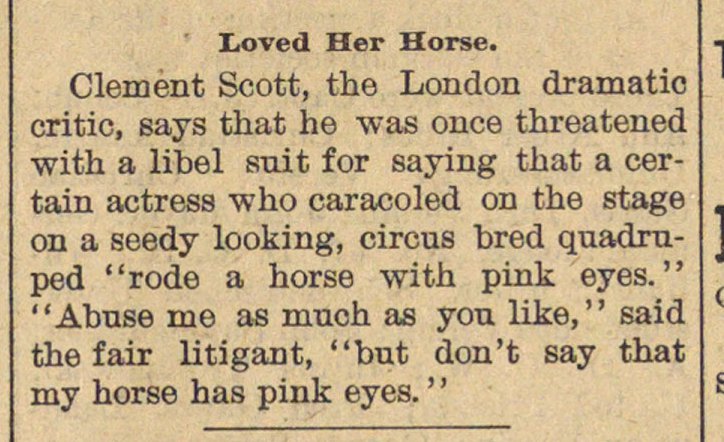 Clement Scott, the London dramatic critic, says that he was once threatened with a libel suit for saying that a certain actress who caracoled on the stage on a seedy looking, circus bred quadruped "rode a horse with pink eyes. " "Abuse me as much as you like, " said the fair litigant, "but don't say that my horse has pink eyes. "