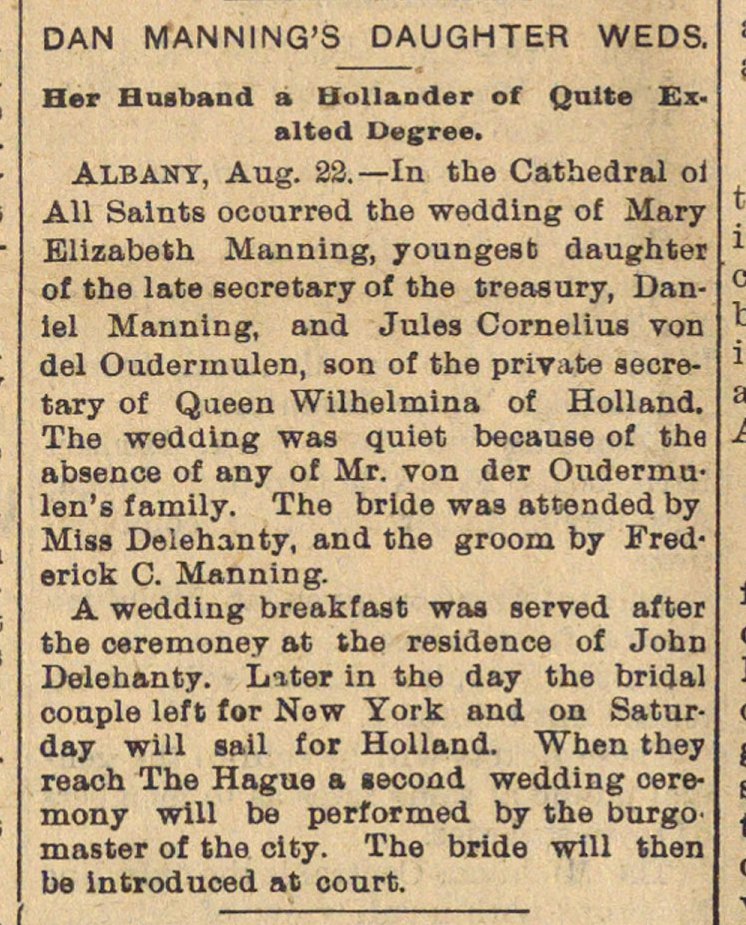 ALBANT, Aug. 22. - In the Cathedral of All Saints occurred the wedding of Mary Elizabeth Manning, youngest daughter of the late secretary of the treasury, Daniel Manning, and Jules Cornelius von del Ouderinulen, son of the private aecretary of Queen Wilhelmina of Holland. The wedding was quiet because of the absence of any of Mr. von der Oudermulen's family. The bride was attended by Miss Delehanty, and the groom by Jfrederick C. Manning. A wedding breakfast was served after the oeremoney at the residence of John Delehanty. Later in the day the bridal coaple left for New York and on Saturday wiil sail for Holland. When they reach The Hague a econd wedding oeremony will be performed by the burgomaster of the city. The bride will then be introduced at court.