The Lights Of The Sea. 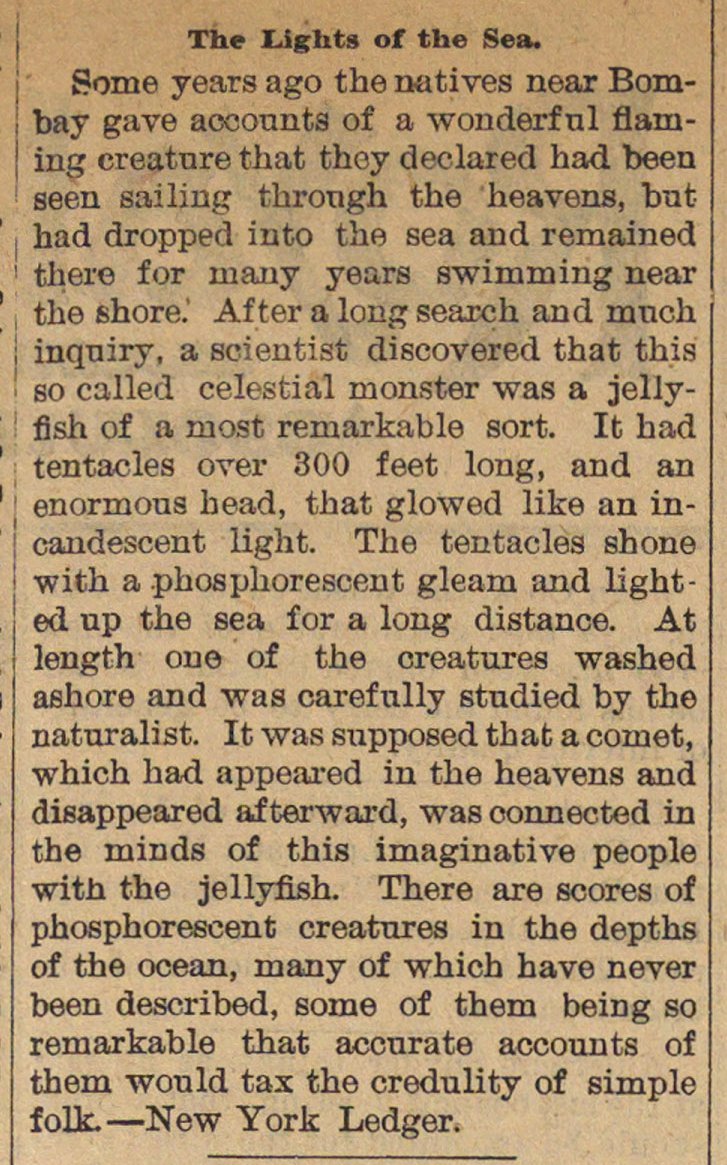 Some years ago the natives near Bombay gave accounts of a wonderful flaming creature tliat thoy declared had been seen sailiug through the heavens, but had dropped into the sea and remained there for niany years swimming near the shore.' Af ter a long search and mtich inqniry, a seientist discovered that this so called celestial monster was a jellyfish of a ruost remarkable sort. It had tentacles over 300 feet long, and an enormous head, that glowed like an incandescent light. The tentacles shone with a phosphorescent gleam and lighted up the sea for a long distance. At length on o of the creaturea washed ashore and was carefully stndied by the naturalist. It was supposed that a cornet, which had appeared in the heavens and disappeared af terward, was oonnected in the minds of this imaginativo people with the jellyfish. There are scores of phosphorescent creatures in the depths of the ocean, many of which have never been described, some of them being so remarkable that accurate accounts of them would tax the credulity of simple