Mme. Feoluet Made Worth Famous. 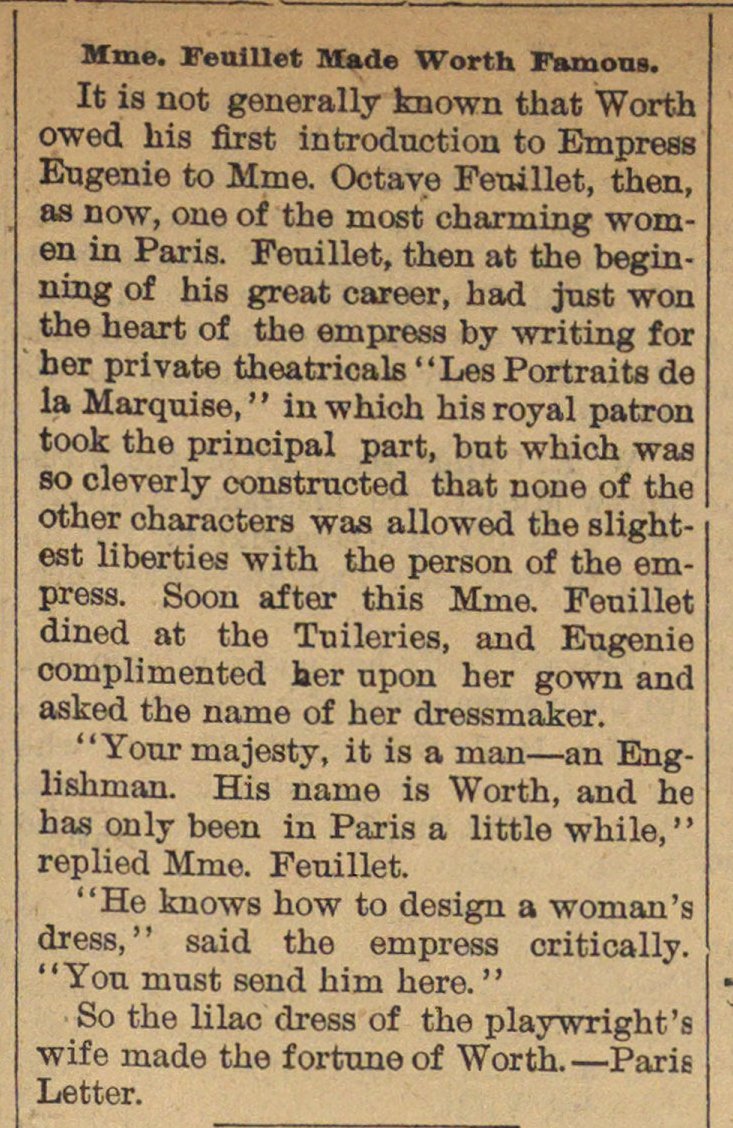 It is not generally fcnown that Worth owed his fir8t introduction to Empress Eugenie to Mme. Octave Feuillet, then, as now, one of the most eharming women in Paris. Feuillet, then at the beginning of his great career, had just won the heart of the empress by writing for her private theatricals "LesPortraits de la Marquise, ' ' in which his royal patrón took the principal part, bnt which was so cleverly constrncted that none of the other characters was allowed the slightest liberties with the person of the empress. Soon after this Mme. Feuillet dined at the Tuileries, and Eugenie complimented her upon her gown and asked the name of her dressmaker. "Your majesty, it is a man - an Englishman. His name is Worth, and he has on ly been in Paris a little while, " replied Mme. Feuillet. "He knows how to design a woman's dress, " said the empress critically. "You must send him here. " So the lilac dress of the playwright's