Another Of Holmes' Buildings. 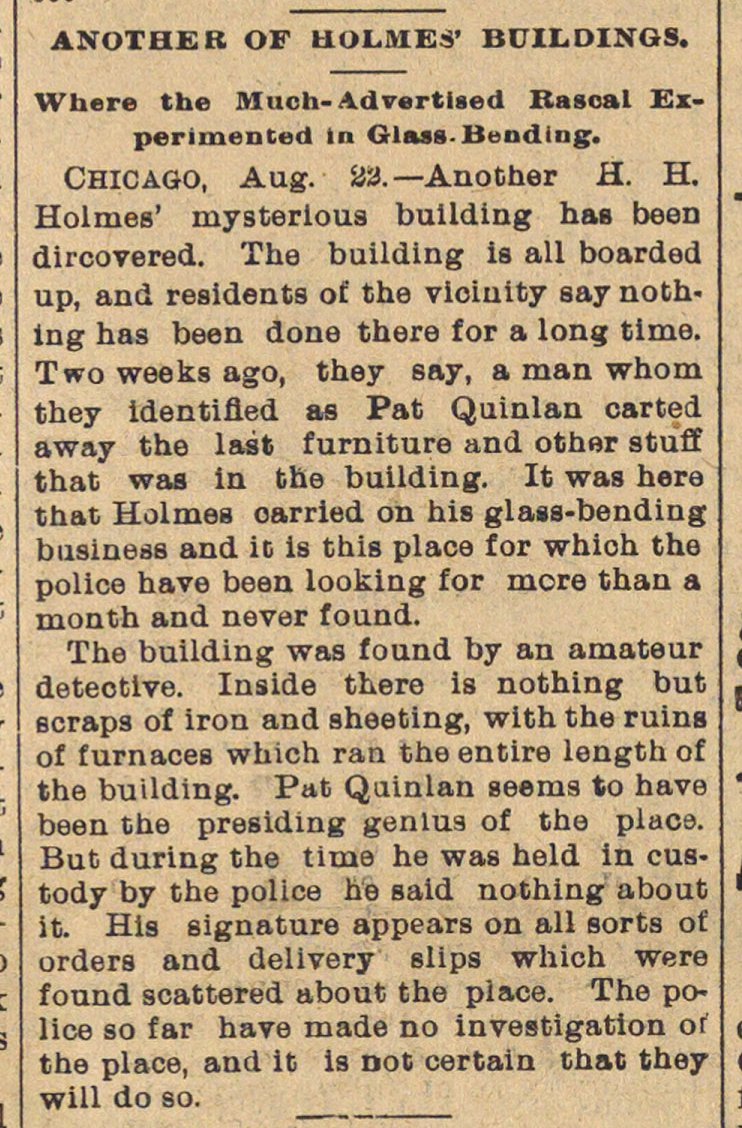 Chicago, Aug. 22. - Another H. H. Holmes' mysterlous building has been dircovered. The building is all boarded up, and residents of the vloiuíty say nothing has been done there for a long time. Two weeks ago, they say, a man whom they Identifled as Pat Quinlan carted away the last furniture and other stuff that was In the building. It was here that Holmes oarried on his glais-bending business and it is this place for whioh the pólice have been looking for more than a month and never found. The building was found by an amateur deteotive. Inside there is nothing but ecraps of iron and sheeting, wlth the ruinB of furnaces which ran the entire length of the building. Pat Quinlan seems to have been the presiding genius of the place. But during the time he was held in custody by the pólice he said nothing about it. His signature appears on all sorts of orders and delivery slips which were found scattered about the place. The police so far have made no investigation of the place, and it is not certain that they will do so.