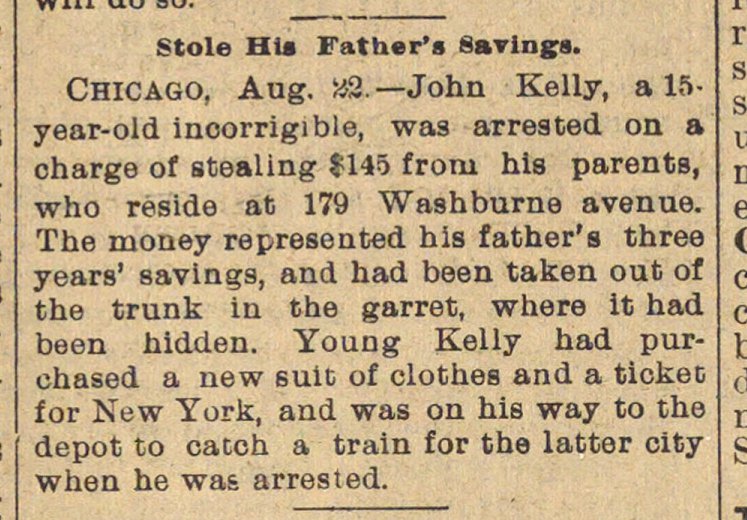 Chicago, Aug. 2- John Kelly, a 15year-old inoorrigible, was arrested on a oharge of stealing $145 froni his párenla, who reside at 179 Washburne avenue. The mouey represented his father's three years' savings, and had been taken out of the trunk in the garret, where it had been hldden. Young Kelly had purchased a new suit of clothes and a ticket f or New York, and was on his way to the depot to catch a train for the latter city when he was arrested.