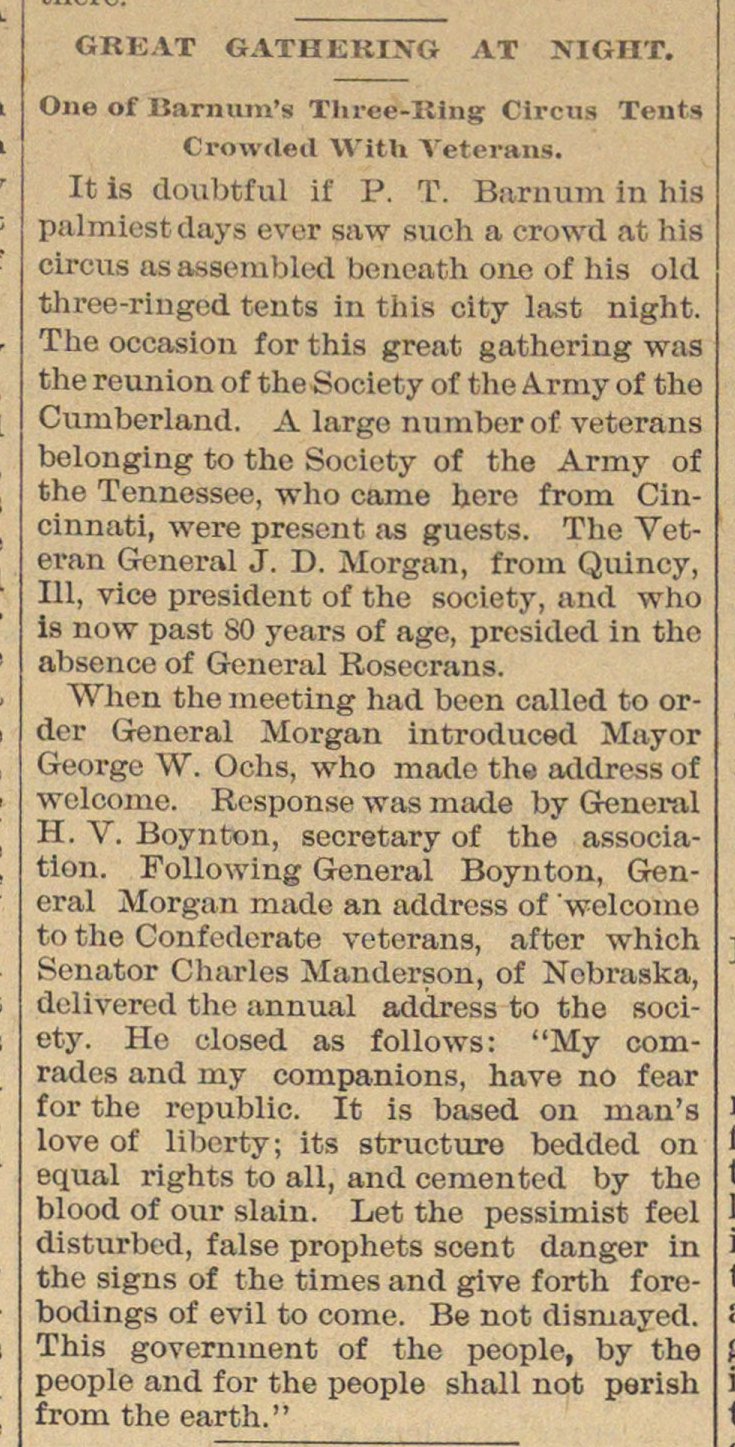 It is doubtful if P. T. Barnum in his palmiest days ever saw such a crowd at his circus as assernbled beneath 0110 of his old three-riugcd tents in this city last night. The occasion for this great gathering was the reunión of the Society of the Army of tho Cumberland. A large numberof veterans belonging to the Society of the Army of the Tennessee, who carne here from Cincinnati, were present as guests. The Vetevau General J. D. Morgan, from Quincy, 111, vice president of the society, and who is now past 80 years of age, presided in the absence of General Rosecrans. When the meeting had been called to order General Morgan introduced Mayor George W. Ochs, who made ths address of wolcome. Response was made by General H. V. Boynton, secretary of the association. Following General Boynton, General Morgan made an address of 'welcomo to the Confedérate veterans, af ter which Senator Charles Manderson, of Nebraska, delivered the annual address to the society. He closed as follows: "My comrades and my companions, have no fear for the republic. It is based on man's love of liberty; its structure bedded on equal rights to all, and cemented by the blood of our slain. Let the pessimist feel disturbed, false prophets scent danger in the signs of the times and give forth forebodings of evil to come. Be not disniayed. This government of the people, by the people and for the people shall not perish from the earth."