Statute Or No Statute 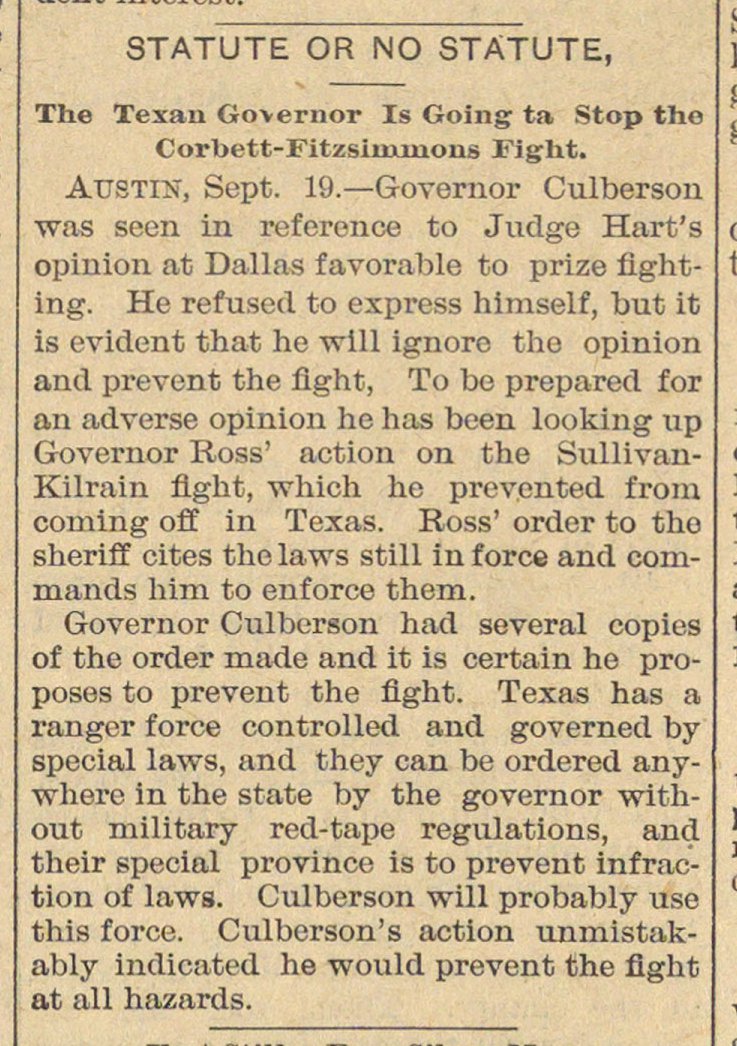 Austis, Sept. 19. - Governor Culberson was seen in reference to Jiidge Hart's opinión at Dallas favorable to prize fighting. He refused to express himself, but it is evident that he will ignoro tho opinión and prevent the flght, To be prepared for an adverse opinión he has been looking up Governor Ross' action on the SullivanKilrain flght, which he prevented from coming off in ïexas. Ross' order to tho sheriff cites tho laws still in force and commands him to eníorce them. Governor Culberson had severa! copies of the order made and it is certain he proposes to prevent the flght. Texas has a rangcr force controlled and governed by special laws, and they can be ordered anywhere in the state by the governor without military red-tape regulations, and their special province is to prevent infraction of laws. Culberson will probably use this force. Culberson's action unmistakably indicated he would prevent the fight at all hazards.