Lawyers Who Make Their Own Wills 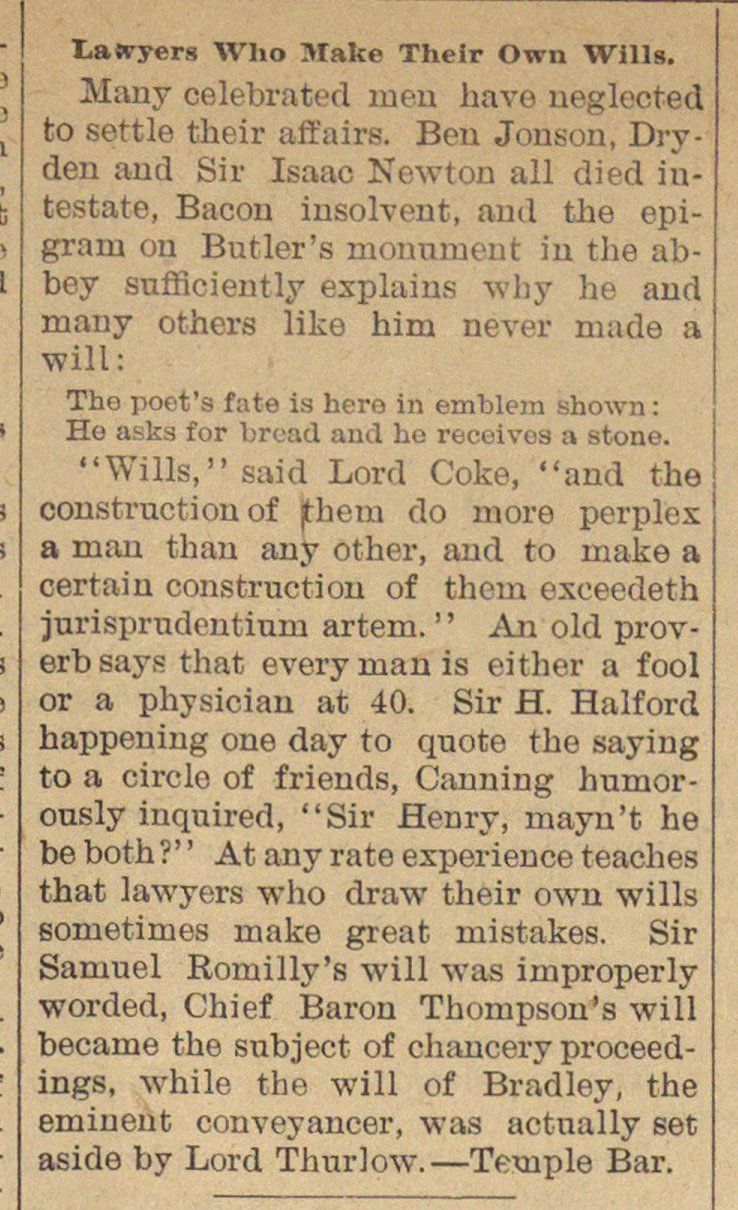 Many oelebrated men havo negleoted to settle their affaire. Ben Jonson, Dryden aud Sir Isaac Newton all died inféstate, Bacon insolvent, and the epigram on Butler's monument in the abbey suffieieutly explains why he and many others like him never made a will: The poet'3 fate is hero in emblem shown : He asks for bread and ho recoivos a stone. "Wills," said Lord Coke, "and the construction of jthetu do more perplex a man than any otlier, and to rnake a certain oonstrnction of them exceedeth jnrlsprndentinm artem. ' ' An old proverbsays that everymanis either a fooi or a physician at 40. Sir H. Halford happening one day to quote the saying to a cirelo of friends, Canning humorously inquired, "Sir Henry, mayn't he be both?' ' At any rate experience teaches that lawyers who draw their own wills sometimes make great mistakes. Sir Samuel Romilly's will was improperly worded, Chief Baron Thompson's will becarne the subject of chancery proceedings, while the will of Bradley, the eminent conveyancer, was actnally set aside by Lord