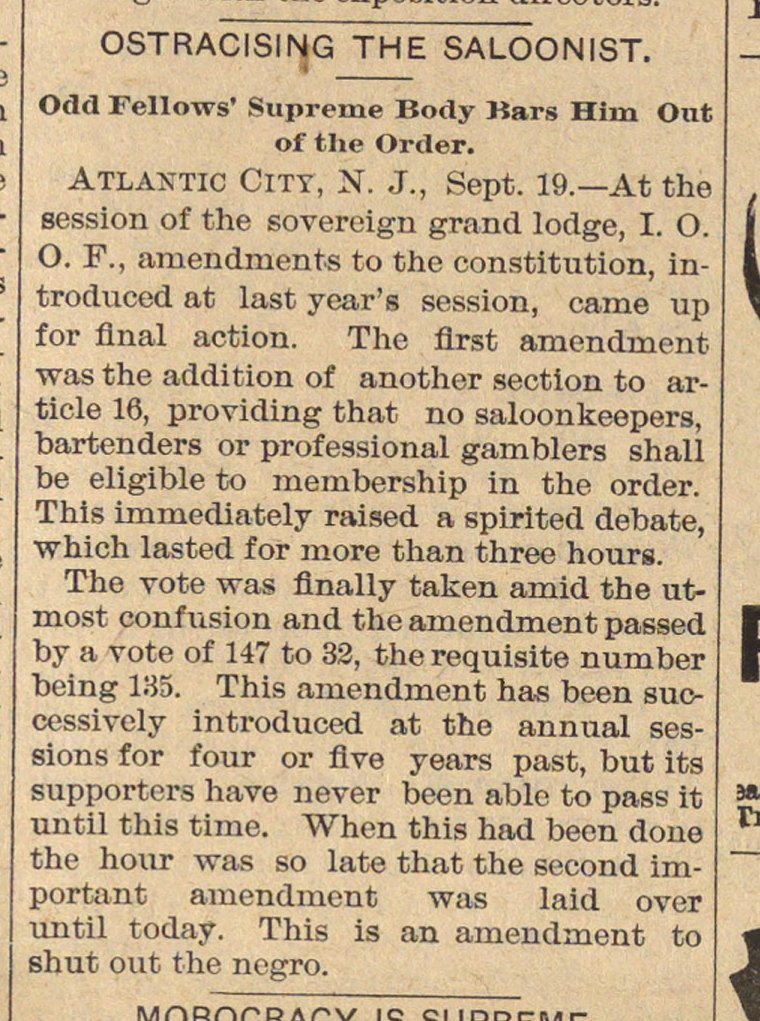 Atlantic Citt, N. J., Sept. 19.- At the Bession of the sovereign grand lodge, I. O. O. F., amendments to the constitution, in;roduced at last year's session, came up for flnal action. The flrst amendment was the addition of another section to aricle 16, providing that no saloonkeepers, artenders or professional gamblers shall je eligible to membership in the order. This immediately raised a spirited debate, which lasted for more than three hours. The vote was flnally taken amid the utmost confusión and the amendment passed )y a vote of 147 to 32, therequisite number being 185. This amendment has been successively introduced at the annual sesions for four or flve years past, but its upporters have never been able to pass it until this time. When this had been done he hour was so late that the second important amendment was laid over until today. This is an amendment to hut out the negro.