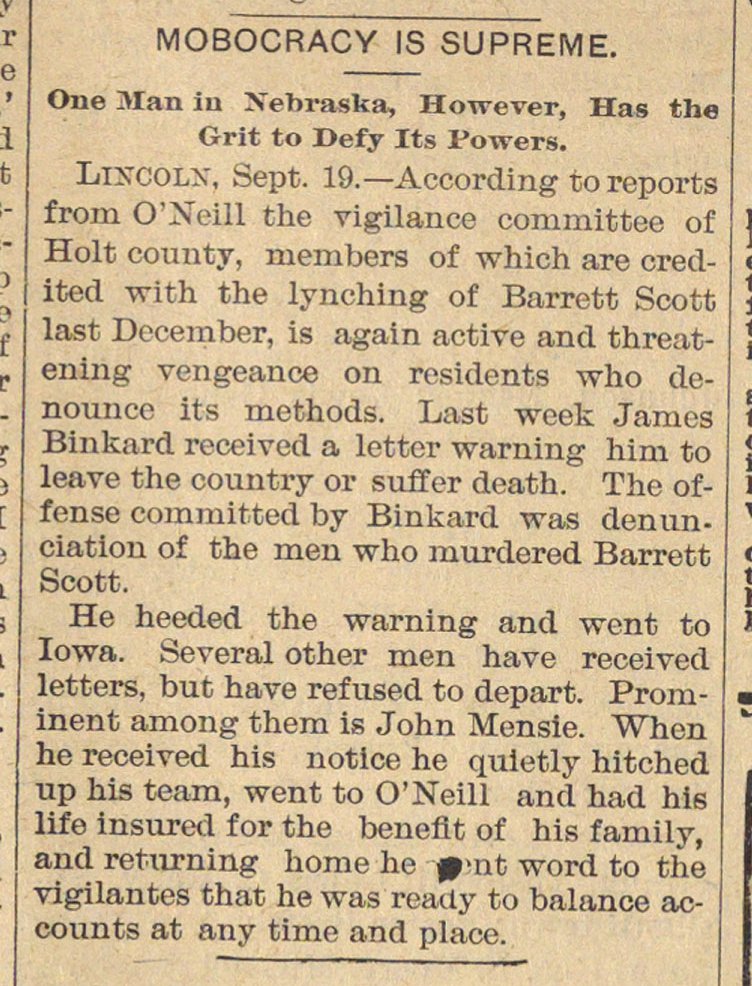 Lincoln, Sept. 19. - According to reports from O'Neill the vigilance committee of Holt county, members of which are credI ited with the lynching of Barrefct Scott last December, is again active and threatening vengeance on residents who denounce its methods. Last week James Binkard received a letter warning him to leave the country or suffer death. The offense committed by Binkard was denunciation of the men who murdered Barrett Scott. He heeded the warning and went to Iowa. Several other men have received letters, but have refused to depart. Prominent among them is John Mensie. When he received his notice he quietly hitched up his team, went to O'Neill and had hie life insured for the benefit of his family, and returning home he J'nt word to the vigilantes that he was ready to balance accounts at any time and place.