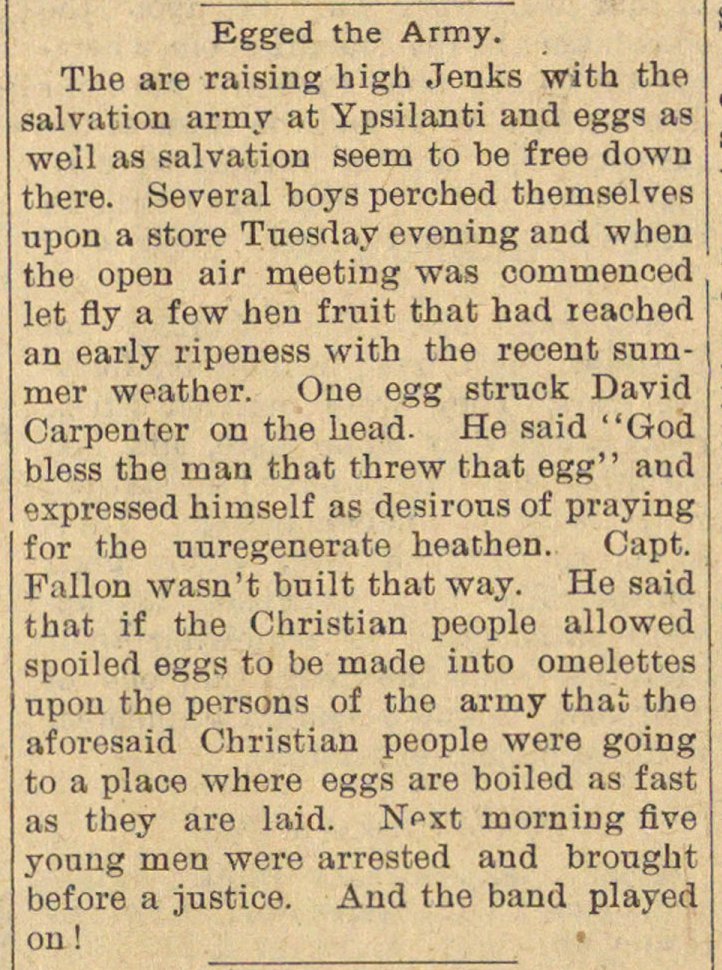 The are raising high Jenks with the salvation army at Ypsilanti and eggs as well as salvation seem to be free down there. Several boys perched themselves upon a store Tuesday evening and when the open air meeting was comineneed let fly a few hen frnit that had leaehert an early ripeness with the recent summer weather. Oue egg struck David Carpenter on the head. He said "God bless the ruau that threw that egg" aud expressed himself as desirons of praying for the uuregenerate heathen. Capt. Fallón wasn't built that way. He said that if the Christian people allowed spoiled eggs to be inade iuto oinelettes npon the persons of the army that the aforeaaid Christian people were going to a place where eggs are boiled as fast as they are laid. Nfxt morning flve yonug men were arrested and brought before a justice. And the band played on !