The Fight Which Is To Come 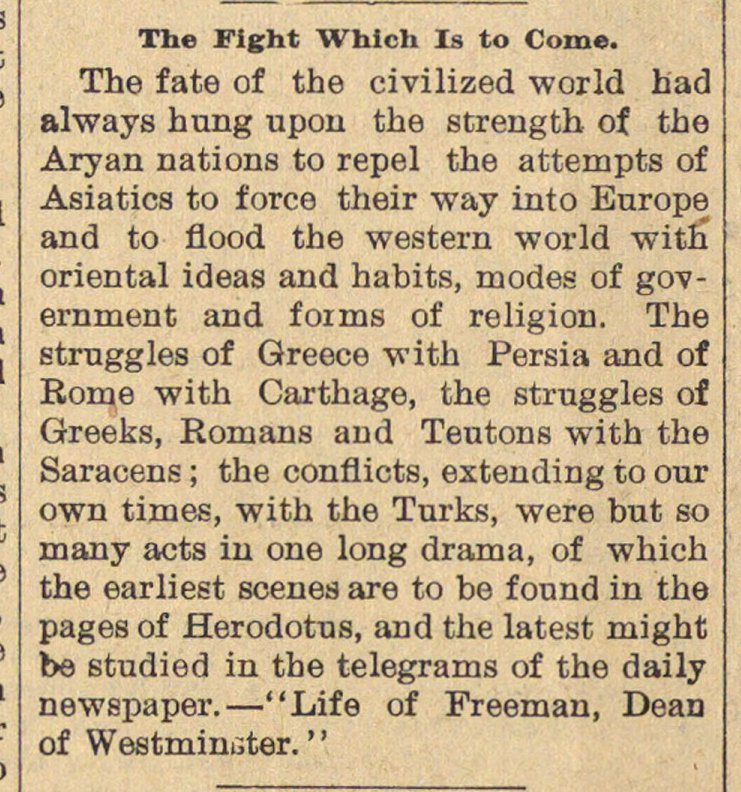 The fate of the civilized world had always hung upon the strength of the Aryan nations to repel the attempts of Asiática to force their way into Europe and to flood the western world with" oriental ideas and habits, modes of government and foims of religión. The straggles of Greece with Persia and of Rome with Carthage, the struggles of Greeks, Romans and Teutons with the Saracens ; the conflicts, extending to our own times, with the Turks, were but so many acts in one long drama, of which the earliest scènes are to be f otind in the pages of Herodotus, and the latest might be studied in the telegrams of the daily