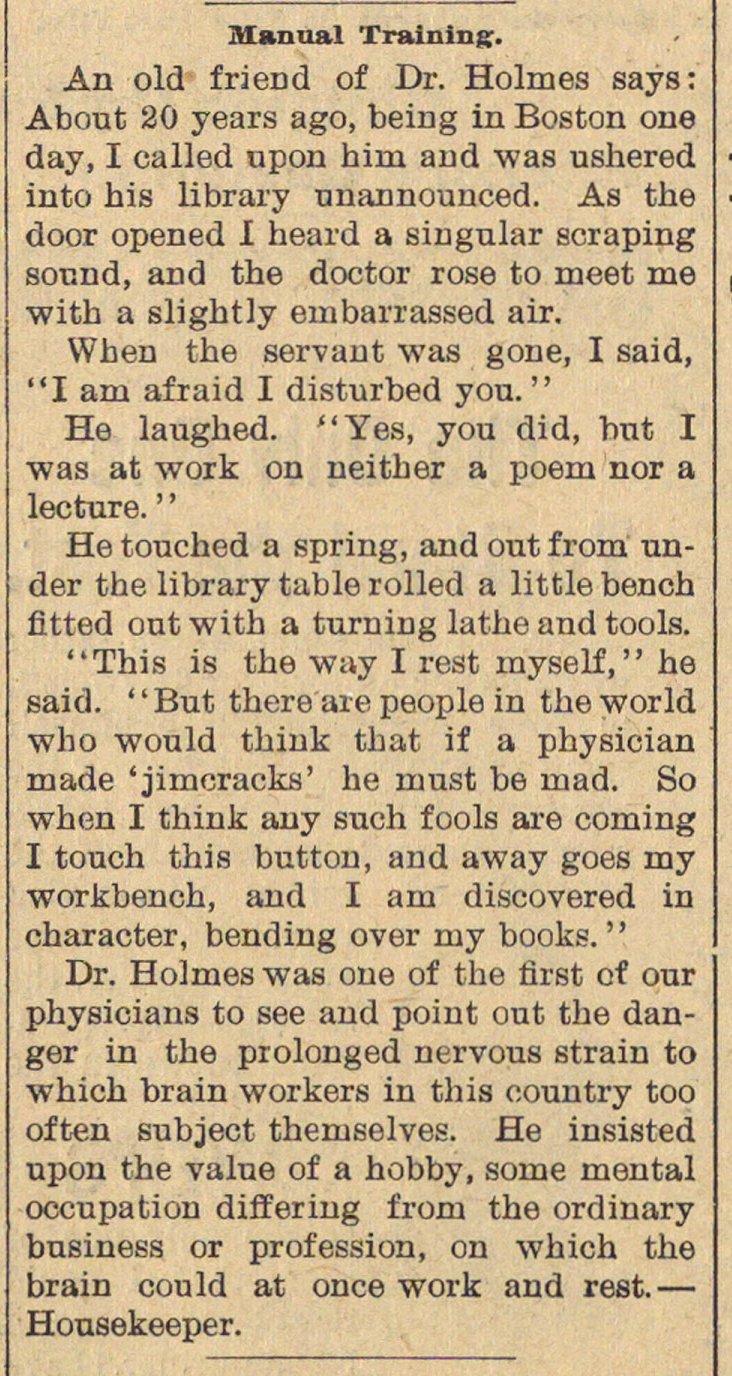 An oíd friend of Dr. Holmes says: About 20 years ago, being in Boston one day, I called upon hirn and was ushered into his library unannounced. As the door opened I heard a singular scraping sound, and the doctor rose to meet me with a slightly embarrassed air. When the servant was gone, I said, "I am af raid I disturbed you. " He laughed. "Yes, you did, hut I was at work on ueitber a poem nor a lecture. ' ' He touched a spring, and out f rom under the library table rolled a little bench fitted out with a turning lathe and tools. "This is the way I rest myself," he said. ' ' But there are people in the world who would think that if a physician made 'jimoracks' he must be mad. So when I think any such fools are coming I touch this button, and away goes my workbench, and I am discovered in character, bending over my books. " Dr. Holmes was oue of the flrst of our physicians to see and point out the danger in the prolonged nervous strain to which brain workers in this country too often subject theruselves. He insisted upon the value of a hobby, some mental occupation differing froni the ordinary business or profession, on which the brain could at once work and rest. -