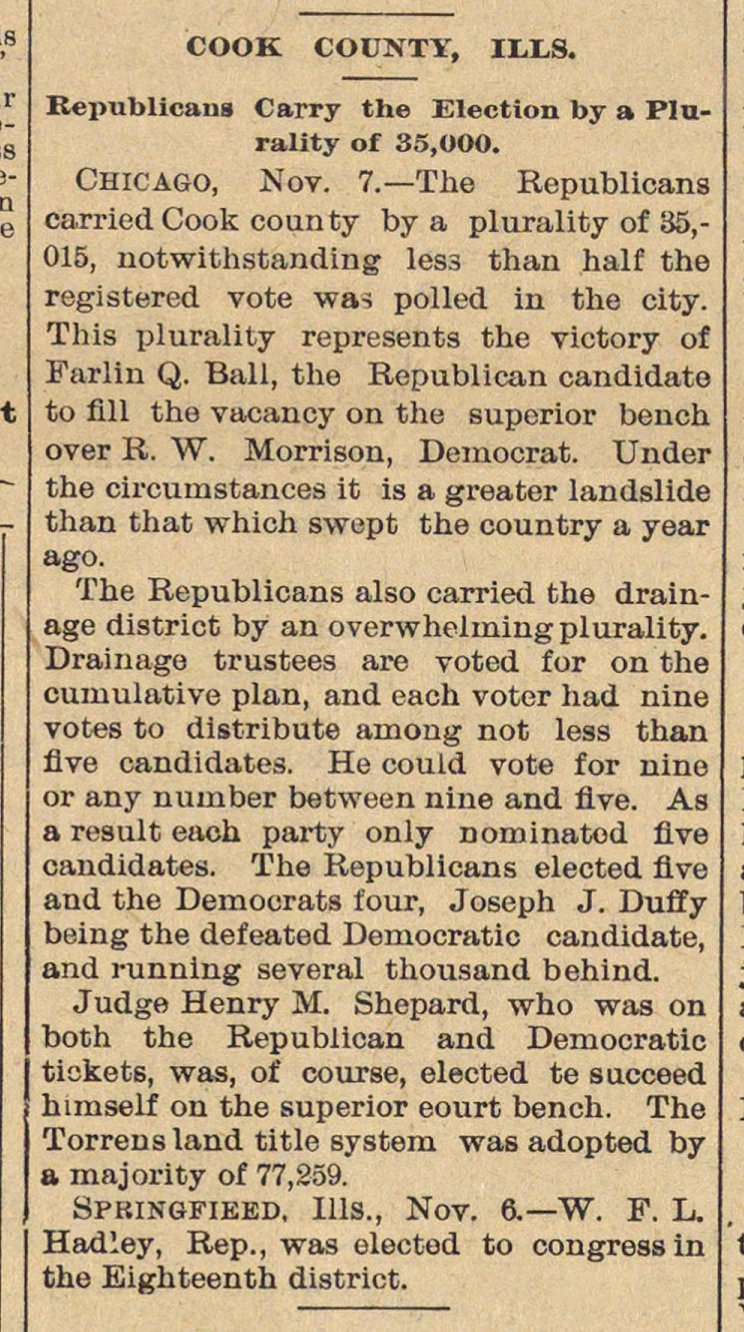 Chicago, Nov. 7.- The Republicana carried Cook county by a plurality of 35,015, notwitlistanding less than half the registered vote was polled in the city. This plurality represents the victory of Farlin Q. Ball, the Republican candidato to fill the vacancy on the superior bench over R. W. Morrison, Democrat. Under the circumstances it is a greater landslide than that which swept thO country a year ago. The Republicans also carried the drainage district by an overwhelming plurality. Drainage trustees are voted for on the cumulative plan, and each voter had nine votes to distribute among not less than flve candidates. He could vote for nine or any number between nine and flve. As a result eaoh party only nominatod flve candidates. The Republicans elected flve and the Democrats tour, Joseph J. Dufify being the defeated Democratie candidate, and running several thousand behind. Judge Henry M. Shepard, who was on both the Republican and Democratie tickets, was, of course, elected te succeed himself on the superior eourt bench. The Torren s land title sy stem was adopted by a majority of 77,259. Spkingfieed, Hls., Nov. 6.- W. F. L. Hadiey, Rep., was elected to congressin the Eighteenth district.