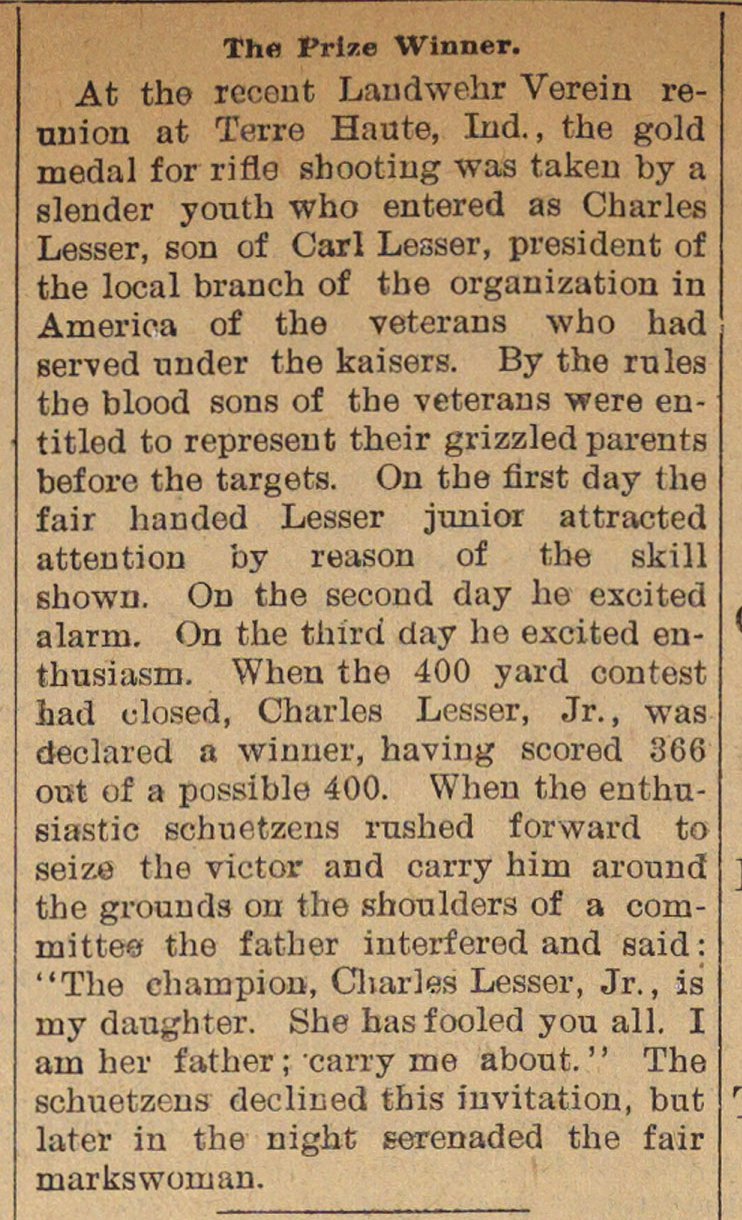 At tho recout Landwehr verem renuion at Terre Haute, Iud. , the gold medal for rifle shooting was taken by a slender youth who entered as Charles Lesser, son of Cari Lesser, president of the local branch of the organization in America of the veterans who had served under the kaisers. By the rales the blood sons of the veterans were entitled to represent their grizzled parents before the targets. On the first day the fair handed Lesser junior attracted attention by reason of the skill shown. Od the second day he excited alarm. On the third day he excited euthusiasm. When the 400 yard contest had closed, Charles Lesser, Jr., was declared a winner, having soored 3G6 OBt of a possible 400. When the enthusiastic schnetzens rtished forward to seize the victor and carry him around the grounds on the shoulders of a committee the father interfered and said: "The champion, Charles Lesser, Jr. , is my daughter. She bas f ooled you all. I am her father ; carry me about. " The schuetzeus decliued this invitation, but later in the night serenaded the fair markswoman.