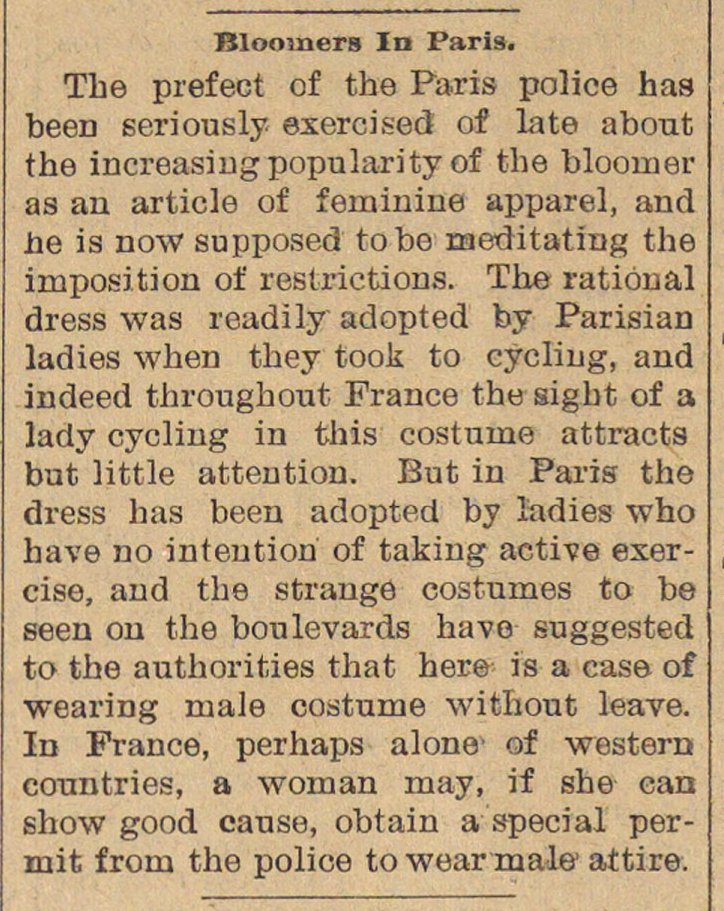 Tbe prefect of the Paris pólice has been seriously exercised of late abont the increasiugpopularity of the bloomer as an article of feminine apparel, and he is now supposed tobe meditatiug the imposition of restrictions. ThO ratiónal dress was readily adopted by Parisian ladies when they took to cycliug, and indeed throughout France the sigbt of a lady cycliug in this costume attraots but little attention. But in Paris the dress has been adopted by Itidies who have no inteution of taking active exercise, and the strange costumes to be seen on the boulevards havo suggested to the authorities that here is a case of wearing male costume without leave. In France, perhaps of western countries, a woman may, if she can show good cause, obtain a special permit f rom the pólice to wear male1 attire.