Curiosities Of The Sewing Needle 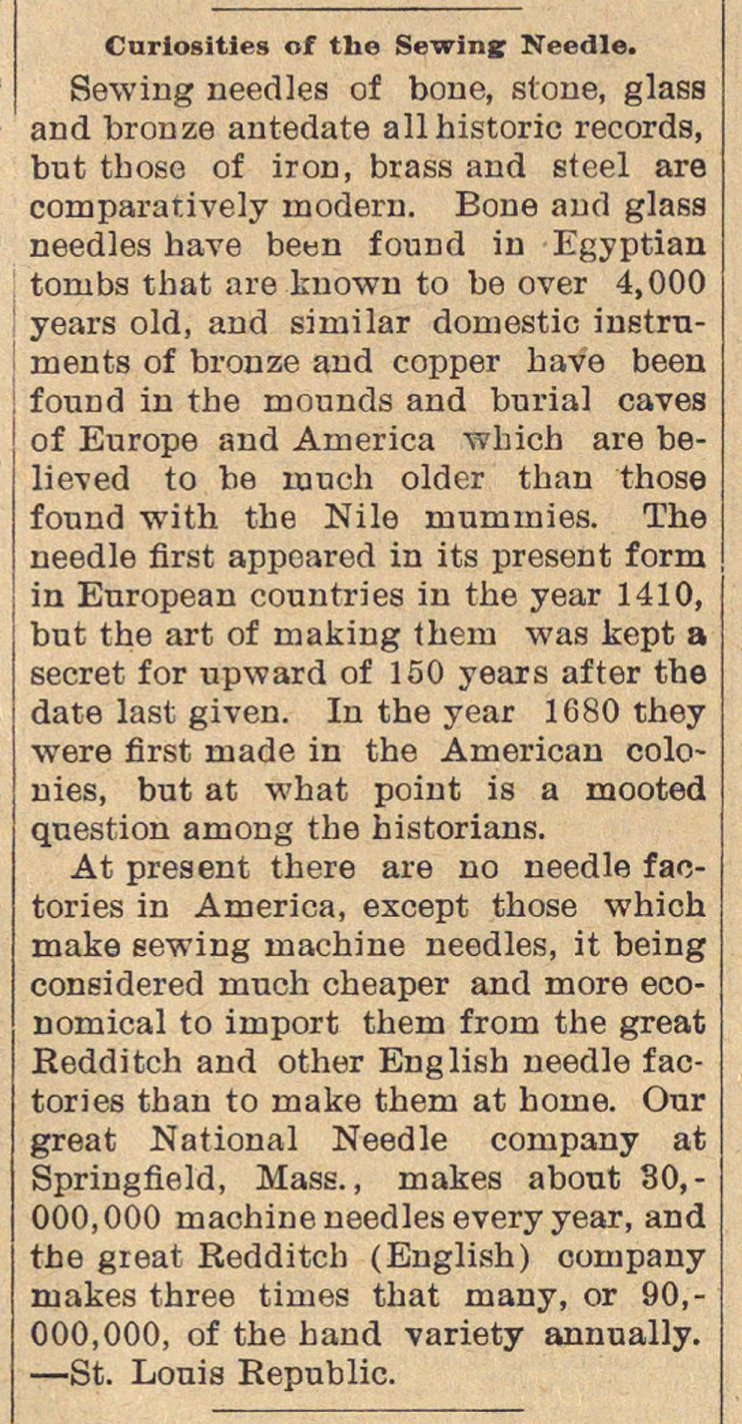 Sewing needies of bone, stoiie, glass and bronze antedate all historie records, but thoso of iron, brass and steel are comparatively modern. Bone and glass needies have been found in Egyptian torubs that are known to be over 4,000 years oíd, and similar domestio iustruments of bronze and copper have been found in the mounds and burial caves of Europe and America Tfliich are believed to be ranch older than those found with the Nile mummies. The needie first appoared in its present form in European countries in the year 1410, but the art of makiug them was kept a secret for upward of 150 years af ter the date last given. In the year 1080 they were first made in the American colonies, but at what point is a mooted question among the historians. At present there are no needie faotories in America, except those which make sewing machine needies, it being considered much cheaper and more economical to import them from the great Redditch and other English needie factories than to make them at home. Our great National Needie company at Springfield, Mass., makes about 80,000,000 machine needies every year, and the great Redditch (English) company makes three times that many, or 90,000,000, of the hand variety annually.