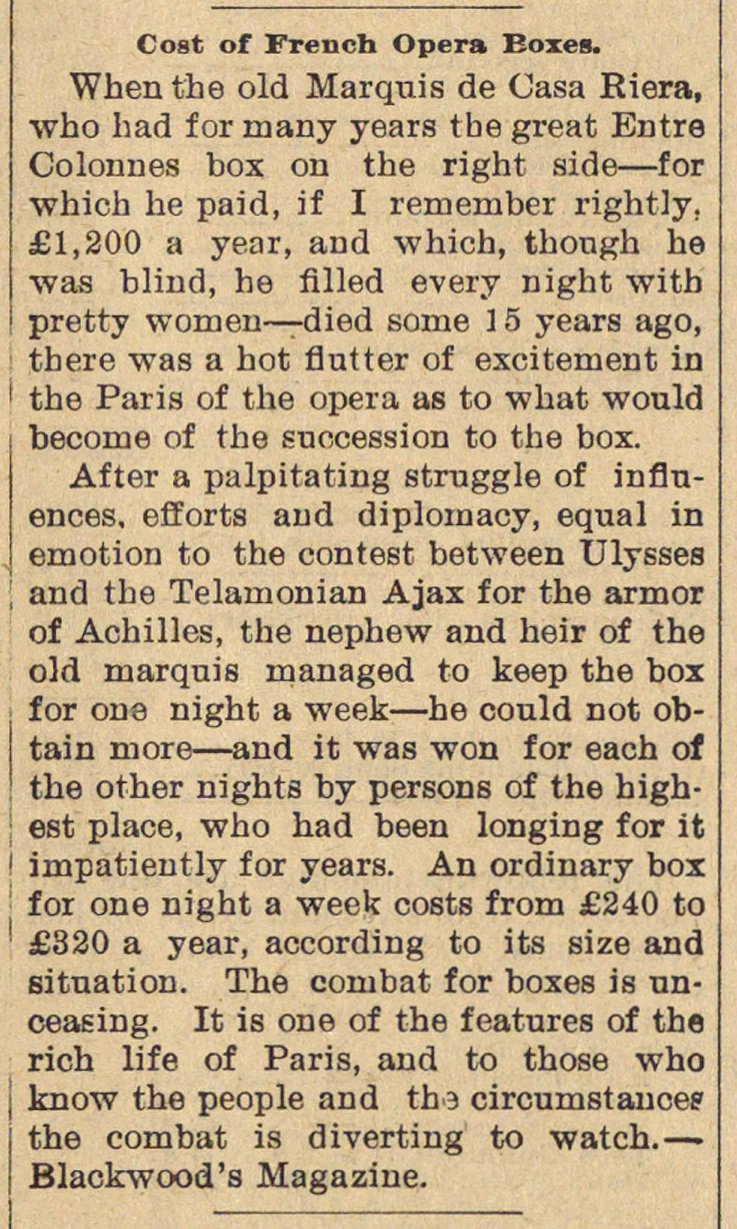 When the oíd Marquis de Casa Riera, who had f or many years tbe great Entre Colonnes box on the right side - for which he paid, if I remember rightly. L1,200 a year, and which, though he was blind, he filled every night witb pretty womeii- rdied sorue 15 years ago, there was a hot flutter of exciternent in the Paris of the opera as to what would become of the snocession to the box. After a palpitating struggle of inflnences, efforts and diplomacy, equal in emotion to the contest between Ulysses and the Telamonian Ajax for the armor of Achules, the nephew and heir of the old marquis roanaged to keep the box for one night a week - he could not obtain more - and it was won for each of the other nights by persons of the highest place, who had been longing for it impatiently for years. An ordinary box for one night a week costs from L240 to L320 a year, according to its size and situation. The conibat for boxes is nnceasing. It is one of the features of the rich life of Paris, and to those who know the people and the circumstauce? the combat is diverting to watch. -