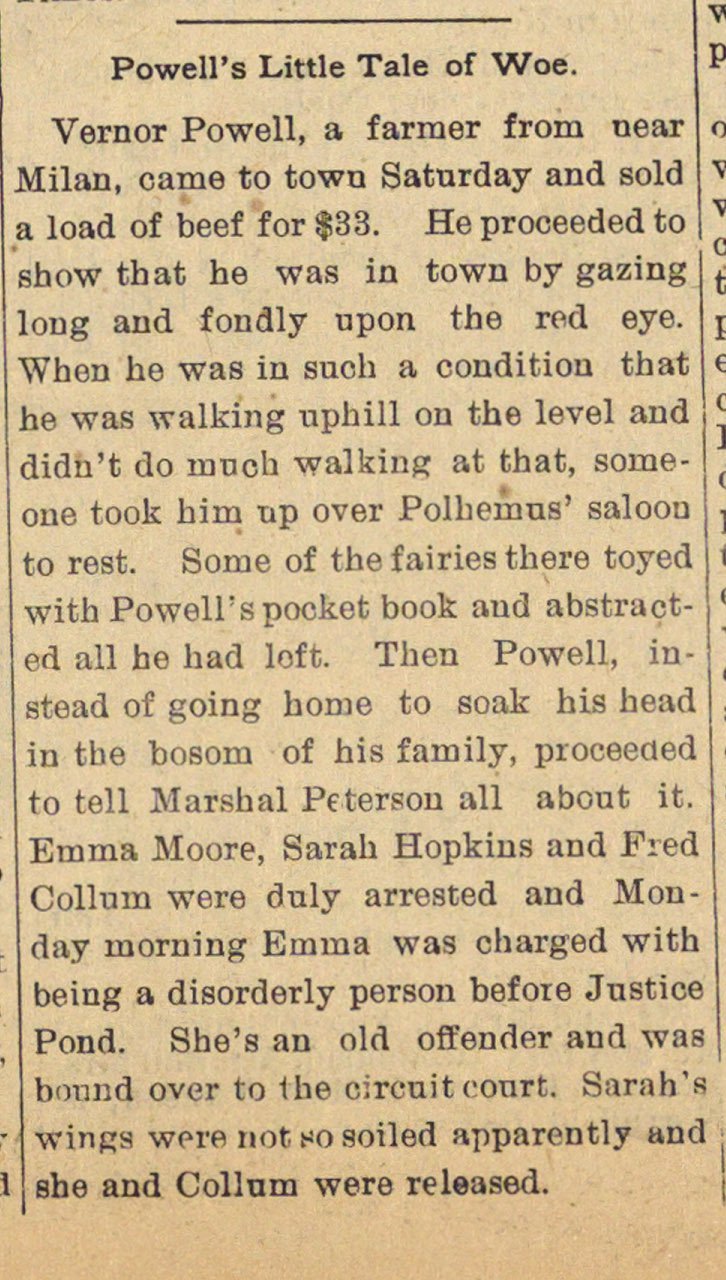 Vernor Powell, a farmer from near Milan, came to town Saturday and sold i load of beef for 33. He proceeded to show that he was in town by gazing oug and fondly npon the red eye. Whon he was in such a condition that ie was walking nphill on the level and didu't do ïDüch walking at that, someone t.ook him tip over Polbeinus' saloou to rest. Some of thefairiesthere toyed with Powell' s pocket book and abstracted all he had loft. Then Powell, instead of going home to soak his head in the bosom of his family, proceecied to teil Marshal Peterson all abont it. Emma Moore, Sarah Hopkius and Fred Collum were duly arrested and Mouday morning Emma was charged with being a disorderly person befoie Justice Pond. She's an old offender and was bonnd over to Üie circuit ('otirt. Sarah's wings were not po soiled apparently and she and Collum were released.