Ate His Own Bake 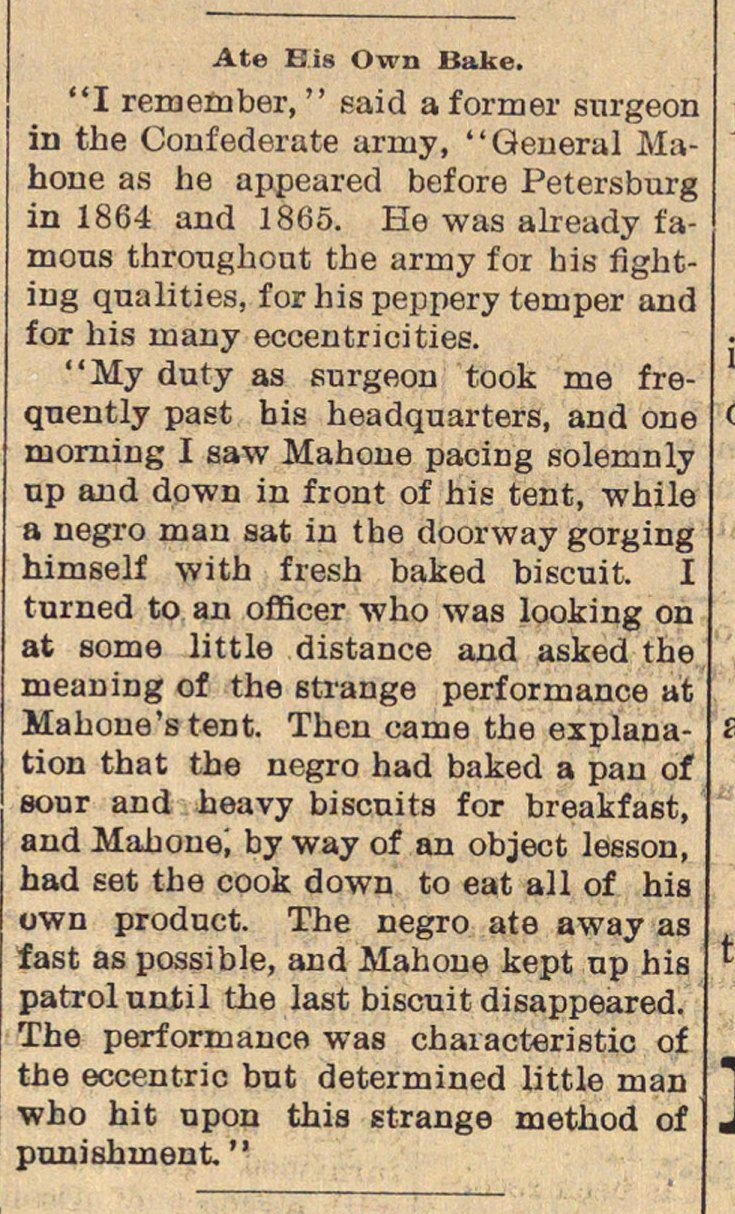 "I remember, " eaid a former snrgeon in the Confedérate arruy, "General Mahone as he appeared before Petersburg in 1864 and 1865. He was already famotis throughout the army for bis fighting qualities, for hispeppery temper and for his roany eccentricities. "My duty as surgeon took me freqnently past his headquarters, and one niorning I saw Mahone pacing solemnly up and down in front of his tent, while a negro man sat in the doorway gorging himseli with fresh baked biscuit. I turned to an offlcer who was looking on at some little distance and asked the mean ing of the strange performance at Mahone's tent. Then came the explanation that the negro had baked a pan of sour and heavy biscuits for breakfast, and Mahone', by way of an object lesson, had set the cook down to eat all of his own product. The negro ate away as fast as possible, and Mahone kept up his patrol uniil the last biscuit disappeared. Ihe performance was chaiacteristic of the eccentric but determined little man who hit upon this strange method of punish inent "