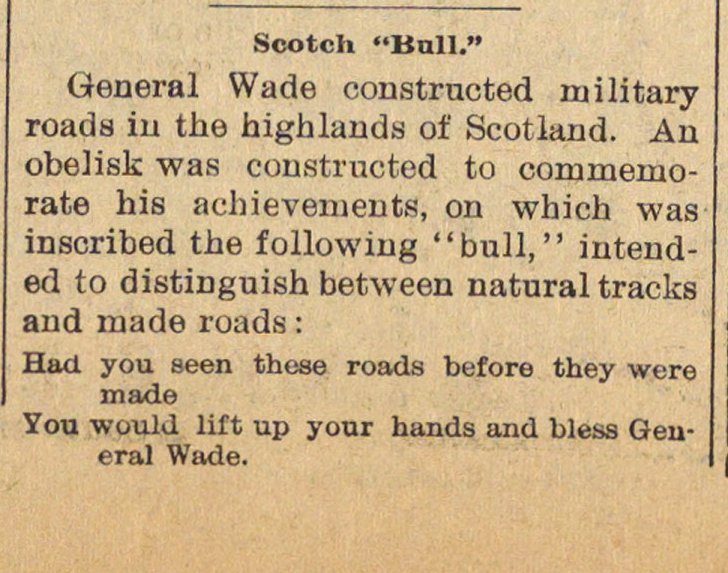 General Wade constructed military roada iu the highlaiids of Scotland. Au obelisk was constructed to eommemorate his acbievenients, on which was inscribed the following "buil," intended to distinguish between natural tracks and made roada : Had you seen these roads before they were made You would lift up your hands and bless General Wade.