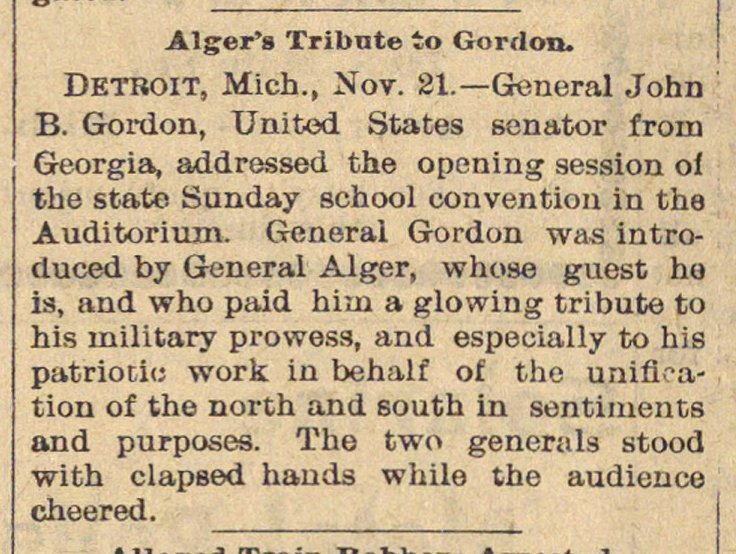 Detroit, Mich., Nov. 21.- General John B. Gordon, United States senator from Georgia, addressed the opening session oi the state Sunday school convention in the Auditorium. General Gordon was introduced by General Alger, whose guest ho is, and who paid him a glowing tribute to his military prowess, and especially to his patriotic work in behalf of the unifieation of the north and south in sentiments and purposes. The two generáis stood with clapsed hands while the audience cheered.