The Origin Of Mrs. Grundy 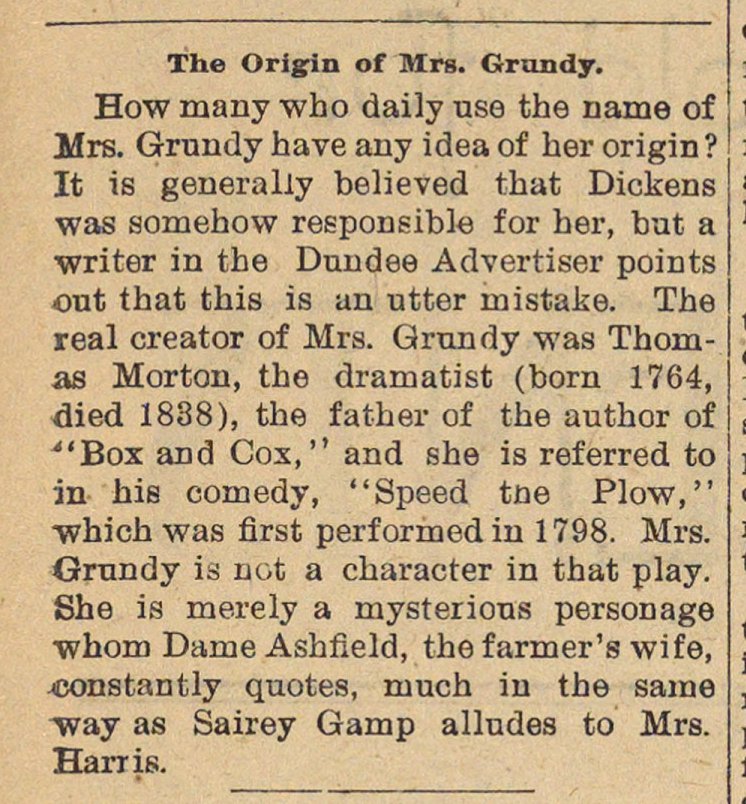 How many who daily use the name of Mrs. Grundy have any idea of her origin? It is generally believed that Dickens was somehow responsible for her, but a ■writer in the Duudee Advertiser poirjts out that this is an utter rnistake. The real creator of Mrs. Qrandy was Thomas Morton, the dramatist (born 1764, died 1838), the father of the author of "Box and Cox," and she is referred to in his comedy, "Speed toe Plow, " ■whichwas first performedin 1798. Mrs. Grundy ia act a character in that play. She is merely a mysterious personage whom Dame Ashfield, the farmer's wife, -constantly quotes, much in the same way as Sairey Gamp alindes to Mrs. Harris.