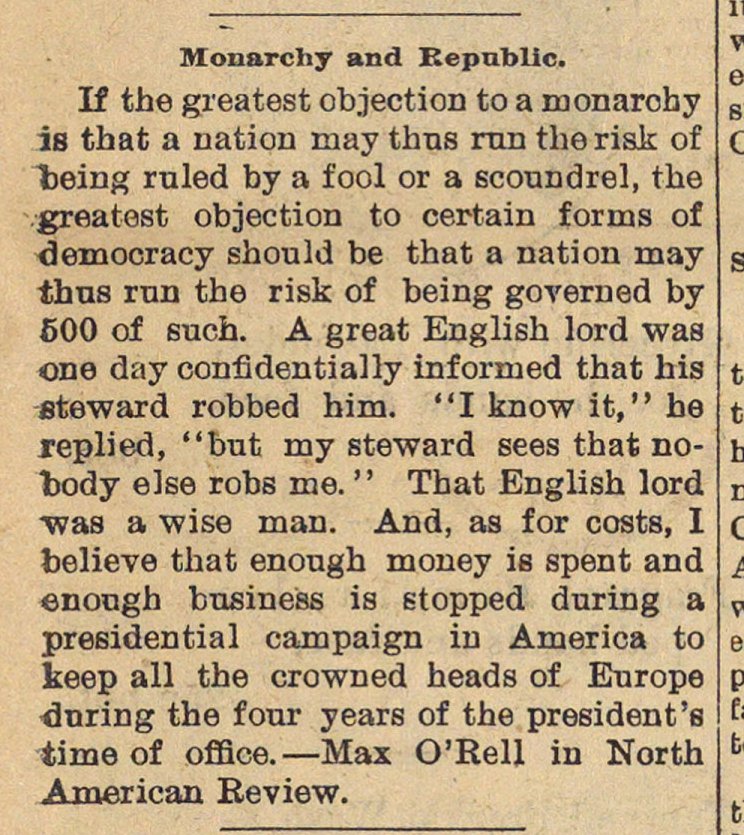 If the greatest objection to a monarohy is that a uation may thus run the ri&k of lseing ruled by a fooi or a scoundrel, the greatest objection to certain forms of democracy should be that a nation may thus run the risk of being governed by 600 of such. A great English lord was one day confidentially inforrued that bis eteward robbed him. "I know it, " he replied, "but my steward sees that notiody else robs me. " That English lord ■was a wise man. And, as for costs, 1 believe that enough money is spent and enough business is etopped during a presidential campaign in America to keep all the crowned heads of Europe ■dnring the four years of the president's