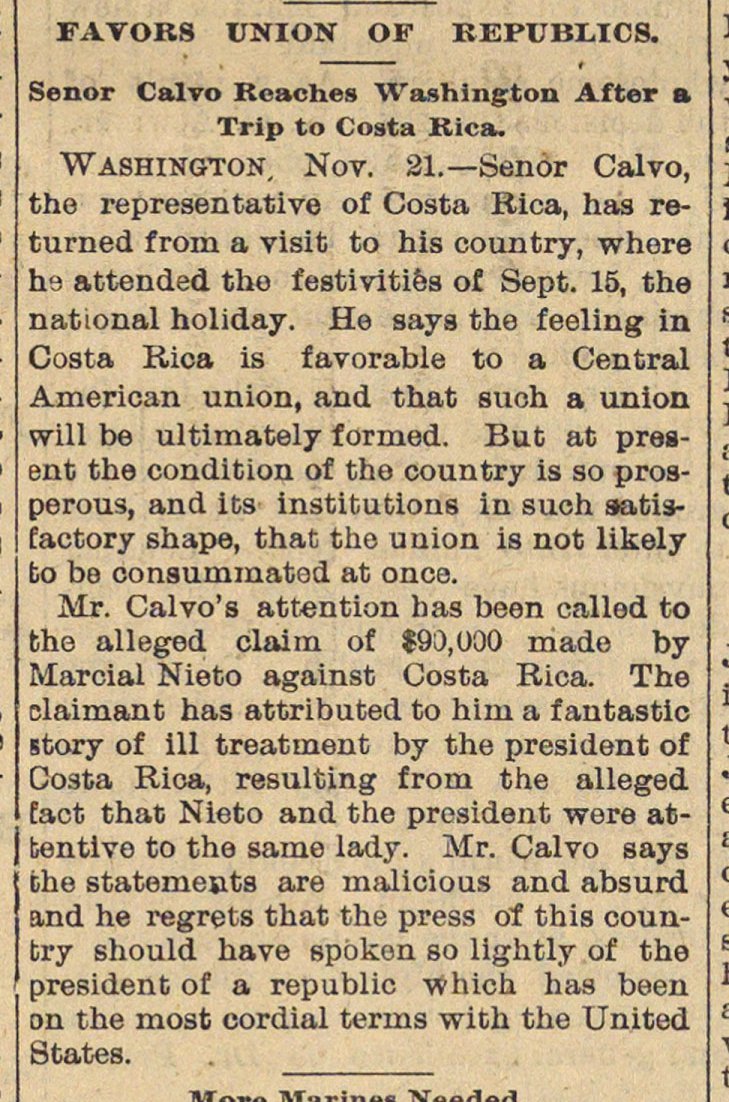 Washington. Nov. 21.- Señor Calvo, the representativo of Costa Rica, has returned from a visit to his country, where h9 attended tho festivities ot Sept. 15, the national holiday. He saya the feeling in Costa Rica is favorable to a Central American unión, and thut suoh a unión wül be ultimately formed. But at present the condition of the country is so prosperous, and its institutions in such satisEactory shape, that the uuion is not likely to be conaummatad at once. Mr. Calvo' s attention has been called to the alleged claim of $9J,000 made by Marcial Nieto against Costa Rica. The claimant has attributed to him a fantastic story of ill treatment by the president of Costa Rica, resulting from the alleged fact that Nieto and the president were atbentlve to the same lady. Mr. Calvo says che statements are malicious and absurd and he regrets that the press of this country should have spbkon so lightly of the president of a republic which has been on the most cordial terms with the United States. .