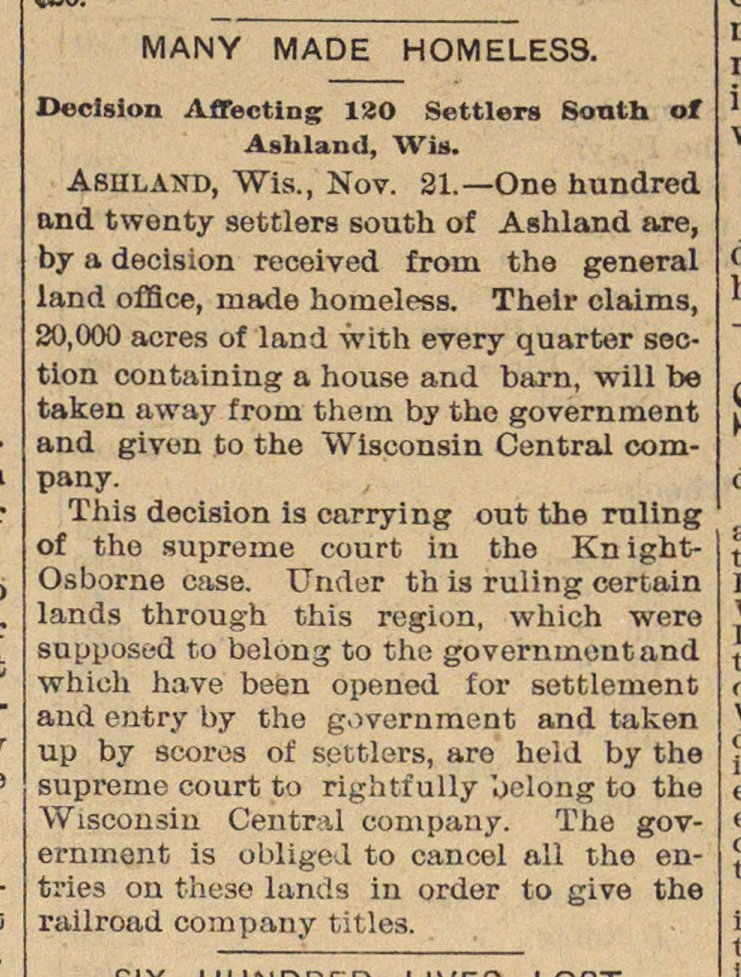 Ashland, Wis., Nov. 21.- One hundred and twonty settlers south of Ashland are, by a decisión received from the general land office, made homeless. Their claims, 20,000 acres of land wlth every quarter section contiiining a house and barn, will be taken away from them by tho government and givon to the Wisconsin Central company. This decisión is carrying out the rnling of the supreme court in the KnightOsborne case. Under th is ruling certain lands through this región, which were supposed to belong to the government and yhich have been opened for settlement and entry by the government and taken up by scoros of settlers, are held by the supreme court to rightfully belong to the Wiscoiisin Central company. The governmont is obligeJ to cancel all tho entries on these lands in order to give the railroad company titles.