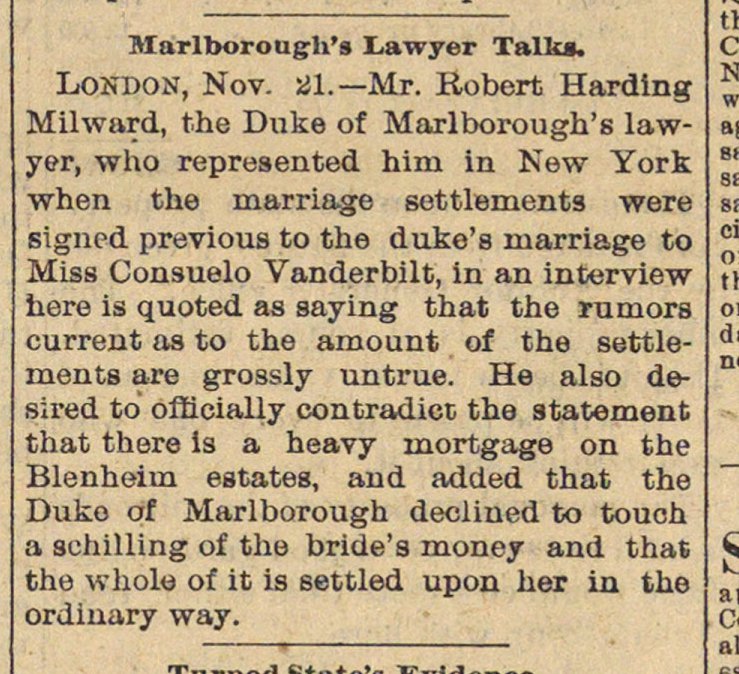 LoNDON, Nov. al.- Mr. Kobert Harding Milward, the Duke of Marlborough's lawyer, who represeuted him in New York when the marriage settlements were signrd previous to the duke's niarriage to Miss Consuelo Vanderbilt, in an interview here is quoted as saying that the rumora current as to the amount of the settlements are grossly untrue. He also desired to officially contradict the statement that there is a heavy mortgage on the Blenheiin estateg, and adcied that the Duko of Marlborough declined to touoh a schilling of the bride's money and thas the wliolo of it is settled upon her in the ordinary way.