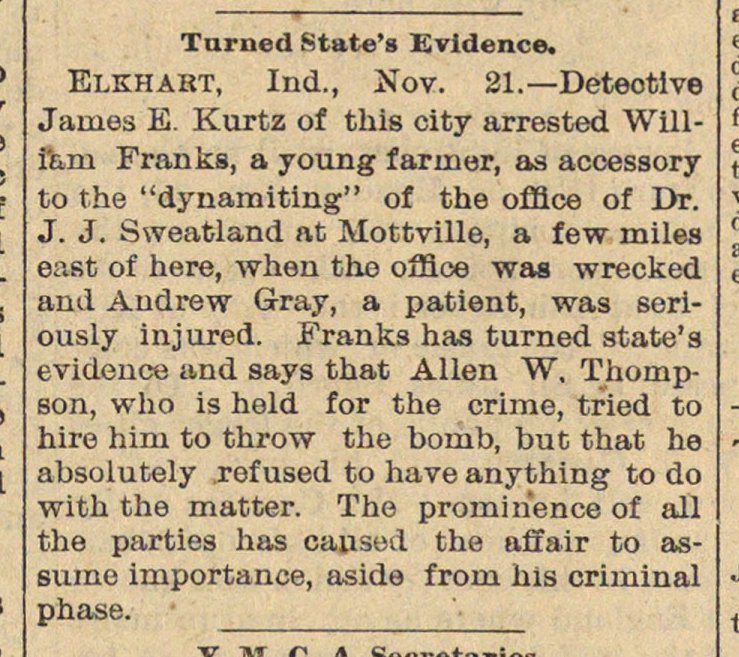 Elkhart, Ind., iïov. 21.- Detective James E. Kurtz of this city arrested Willi'&m Franks, a young farmer, as acoes8ory to the "dynamiting" of the office of Dr. J. J. Sweatland at Mottville, a few miles east of here, when tho office was wrecked aml Audrew Gray, a patiënt, was seriously injured. Franks has turned state's evidence and says that Allen W, Thompson, who is held for the crime, tried to hire hini to throw the bomb, but that he absolutely refused to have anything to do with the matter. The prominence of all the parties has causod the affair to assuino importance, aside from his criminal phase. '