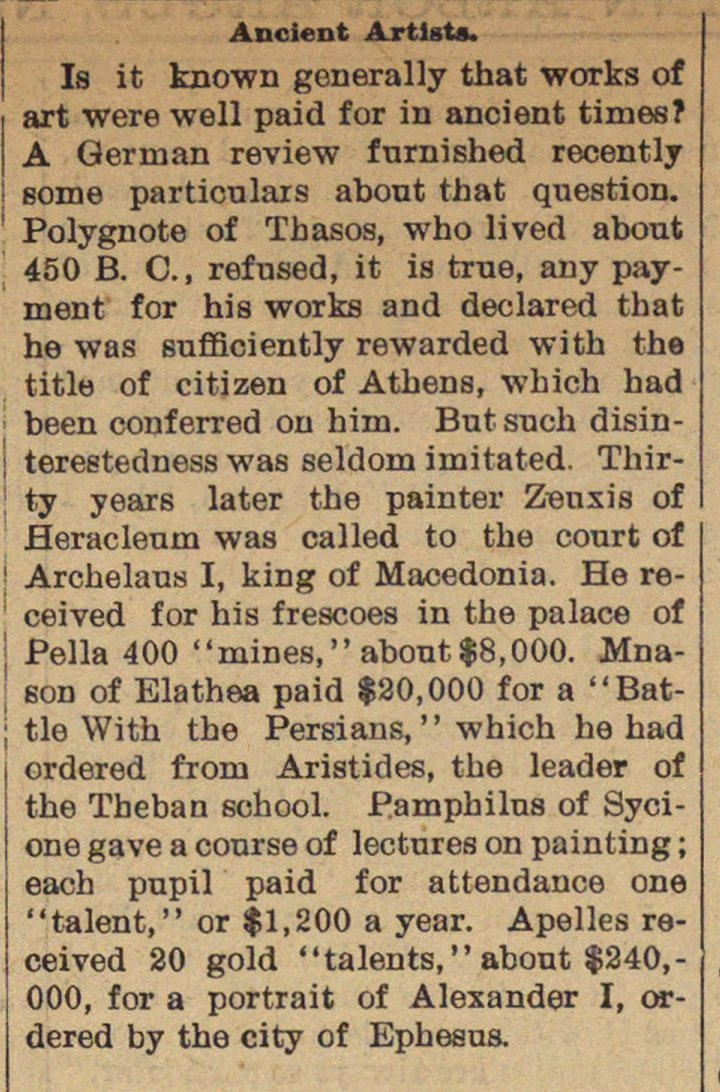 Is it known generally that works of art were well paid for in ancient times? A Germán review furnished recently some particulars abont that question. Polygnote of Tbasos, who lived about 450 B. C. , refused, it is troe, any payment for his works and declared that he was sufificiently rewarded with the title of citizen of Athens, which had been conferred ou him. Butsnch disinterestedness was seldom imitated. Thirty years later the painter Zbhxís of Heraclenm was called to the court of Archelaus I, king of Macedonia. He received for his frescoes in the palace of Pella 400 "mines, " abont $8,000. Alnason of Elathea paid $30,000 for a "Battle With the Persians, " which he had ordered from Aristides, the leader of the Theban school. Pamphilns of Sycione gave a conrse of lectures on painting ; each pupil paid for attendance one "talent," or $1,200 a year. Apelles received 20 gold "talents," abont $240,000, for a portrait of Alexander I, ordered by the city of Ephesus.