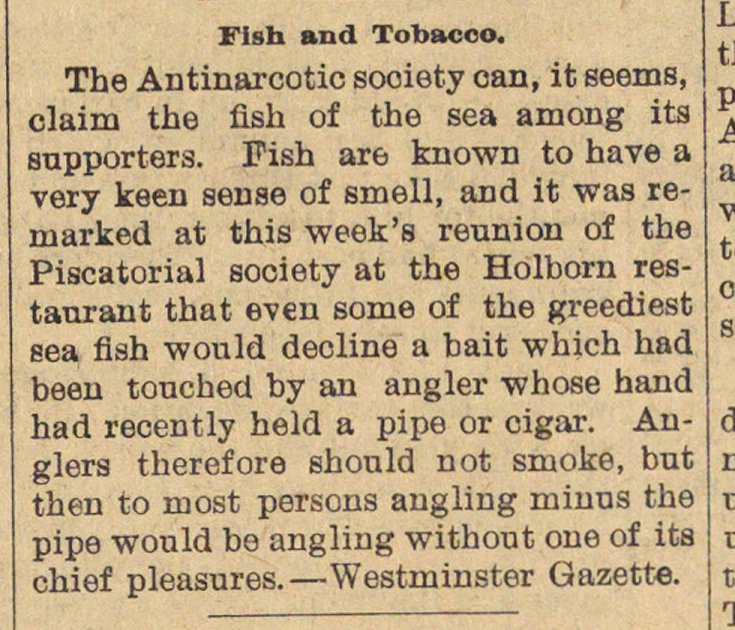 The Antinarcotic society oan, it seems, claim the üsh of the sea amoiig its supporters. Fish are known to have a very keen sense of smell, and it was reniarked at this week's reunión of the Piscatorial society at the Holborn restaurant that even some of the greediest eea flsh would decline a bait which had been touched by an angler whose hand had recently held a pipe or cigar. Anglers therefore should not smoke, but then to most persons augling minus the pipe would be angling without one of its chief pleasures.