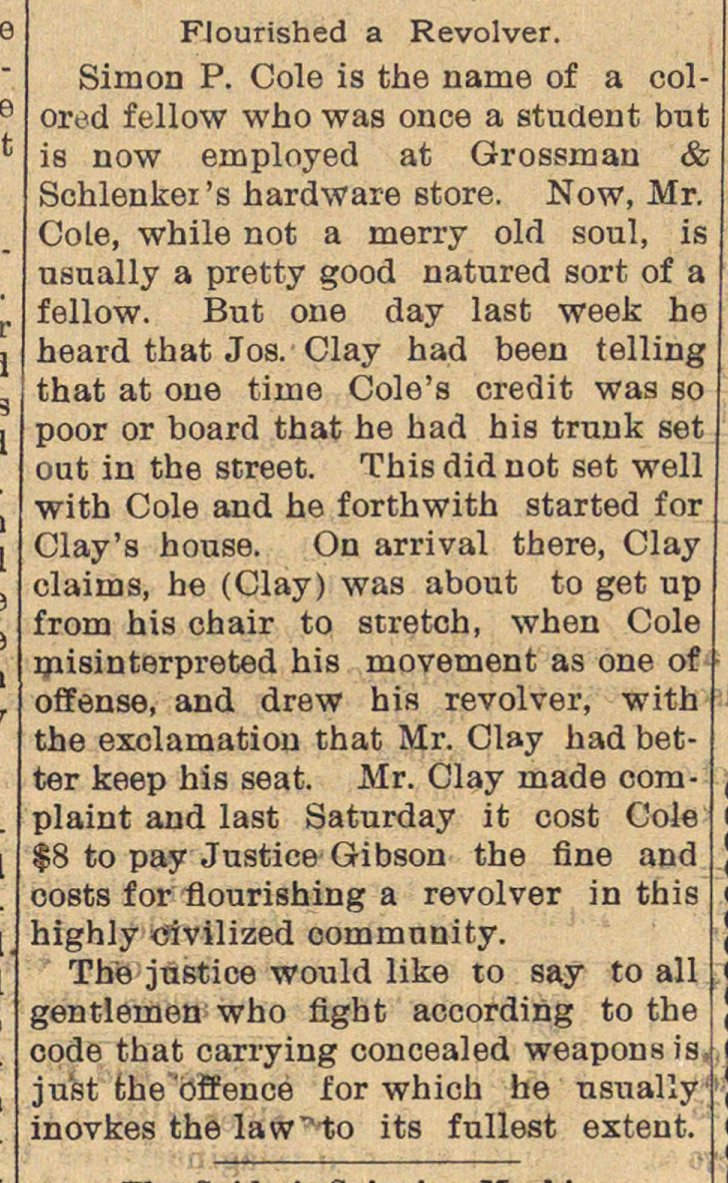 Simón P. Colé is the name of a colored fellow who was once a student but is now employed at Grossman & Schlenkei's hardware store. Now, Mr. Colé, while not a merry oíd soul, is usually a pretty good natured sort of a fellow. But one day last week he heard that Jos. Clay had been telling that at oue time Cole's credit was so poor or board that he had his truuk set out in the street. Thisdidnot set well with Cole and he forthwith started for Clay's house. On arrival there, Clay claims, he (Clay) was about to get up 'rom his chair to stretch, when Cole misinterpreted his movement as one of offense, and drew his revolver, with the exclamation that Mr. Clay had bet;er keep his seat. Mr. Clay made complaint and last Saturday it cost CoIb p8 to pay Justice Gibson the fine and costs for flourishing a revolver in this ïighly oivilized commnnity. The justice would like to say to all gentlemen who flght accordiñg to the code that carrying concealed weaponsis, u'st the'öffence for which he usually novkes the law-to its fullest exteut.