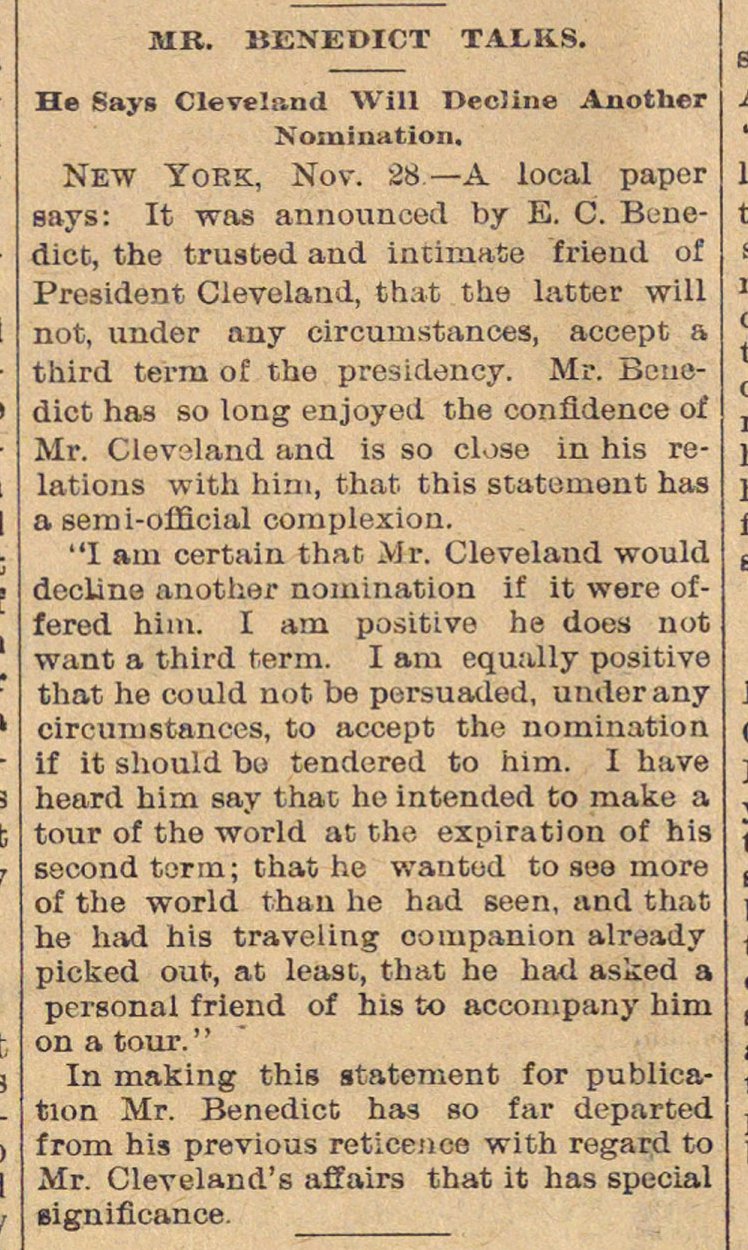 New York, Nov. á8 - A local paper says: It was announced by E. C. Benedict, the trusted and intímate friend of President Cleveland, fchat the latter will not, under any circumstances, accept a ihird terra of the presideney. Mr. Bcnodict has so long enjoyed the confldence of Mr. Cleveland and is so close in his relations with hini, that this staturnsnt has a sem i-oüicial complexion. "I 11 certain that Mr. Cleveland would decline another nomination if it were offered him. I am positivo he does not want a third term. I am equally positive that he could not be persuaded, under any circumstances, to accept the nomination if it should bo tendered to him. I have neard him say that he intended to make a tour of the world at tho expiration of his second torm; that he wantod to soe more of the world than he had seen, and that he had his traveling oompanion already picked out, at least, that he had asked a personal friend of his to accompany him on a tour." In making this statement for publicatlon Mr. Benedict has so far departed from his previous reticence with regard to Mr. Cleveland's affairs that it has special eignificance.