From Preacher To Saloon Keeper 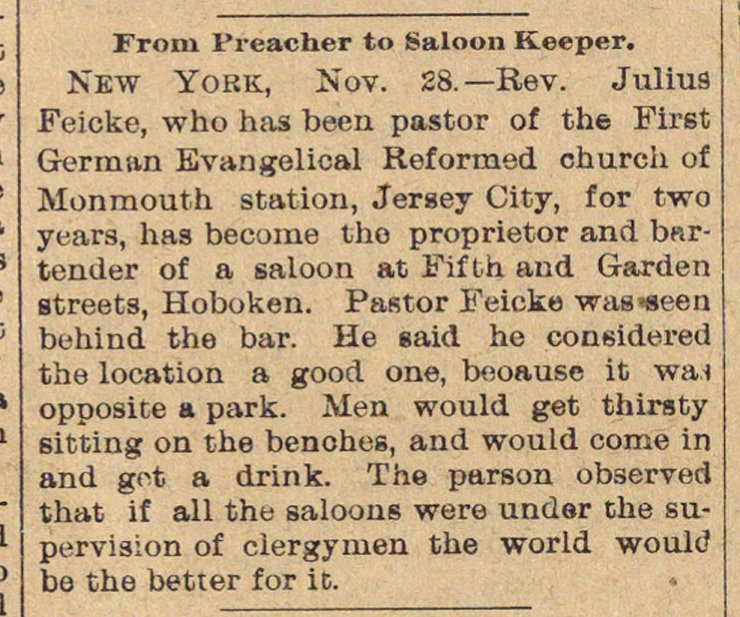 New Yobk, Nov. 28. - Kev. Julius Feioke, who has been pastor of the First Germán Evangelical Reformad church of Monmouth station, Jersey City, for two years, has become tho proprietor and bnrbender of a saloon at Fifth and Garden Btreets, Hoboken. Pastor Feicke was-seen behind the bar. He said he considered the location a good one, beoause it waf opposite a park. Men would get thirsty Bitting on the benohes, and would come in and gct a drink. The parson observed that if all the saloons were under the supervisión of clergymen the world woulcJ be the better for it.