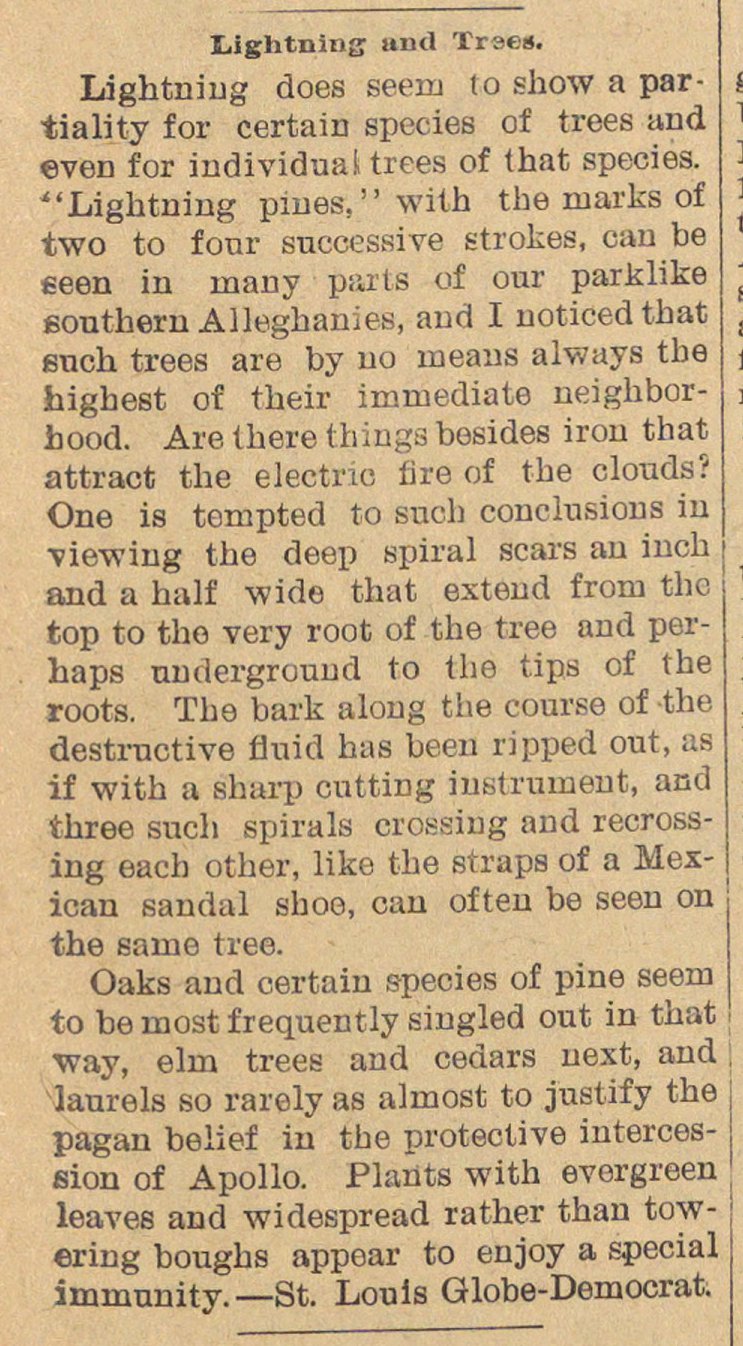 Lightniiig does seem lo show a partiality for certain species of trees and even for individua! trees of that species. "Lightning pines," with the rnarks of two to fonr successive strokes, can be een in rnauy paris of our parklike fiouthern Alleghames, and I uoticed that euch. trees are by no means always tbe highest of their immediate neighborhood. Are there thinga besides irou that attract the electrio lire of the clouds? One is tenrpted to such conchisions in ■viewing the deep spiral scars an inch and a half wide that extend froni the top to the very root of the tree and perhaps underground to the tips of the roots. The bark along the course of the destrnctive fluid has been ripped out, as if with a sharp cutting instrument, and three sucli spirals crossing and recrossing each other, like the straps of a Mexican sancïal shoe, can ofteu be seen on the same tree. Oaks and certain species of pine seem to be most frequently singled out in État ■way, elm trees and cedars next, and laurels so rarely as almost to justify the pagan belief in the protective intercession of Apollo. Plartts with evergreen leaves and widespread rather than towfirini? hnno-lia ünnnar to eniov a Special imnmnity.-