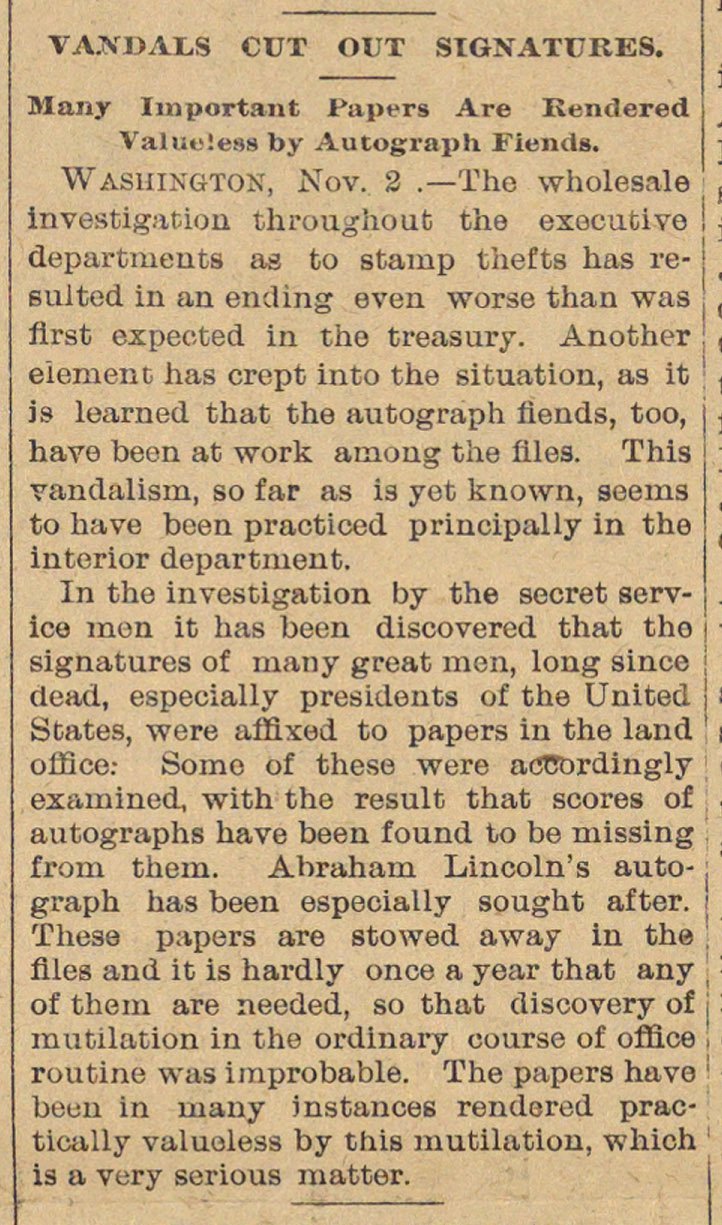 Washington, Nov. 2 .- Tho wholcs.ile Investigation throughout the exocutive departments as to stamp thefts has resuitod in an ending even worse than was first expeeted Ín tho treasury. Another eiemenc has crept into the situation, as it is learned that the autograph fiends, too, havo been at work among the üles. This vandalism, so far as is yot known, seems to have been practioed priucipally in the interior department. In tho investigation by the secret service inon it has been discovered that tho signatures of man y great men, long since tlead, especially presidents of the United States, were affixed to papers in the land office: Somo of these were accordingly exüinined, with the result that scores of autographs have been found to be missing f rom them. Abraham Lincoln' s autograph has been especially sought after. These papers are stowed away in the files and it is hardly once a year that any of them are needed, so that discovery of mutilación in the ordinary course of office routine was improbable. The papers have boen in many mstances rendored practically valuoless by this mutilation, which Is a very serious matter.