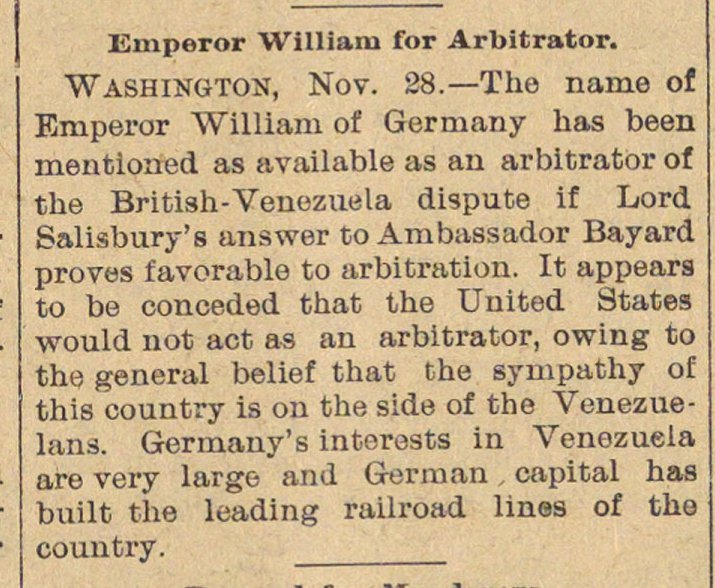 Washington, Noy. 28. - The name of Emperor William of Germany has been mentioaed as available as an arbitrator of the British-Venozuela dispute if Lord Salisbury's answer to Ambassador Bayard proves favorable to arbitration. It appears to be conceded that the United States would not act as an arbitrator, owing to the general belief that the sympathy of this country is on the side of the Venezuelans. Germany's interests in Venezuela are very large and Germán . capital has built the leading railroad linss of the country.