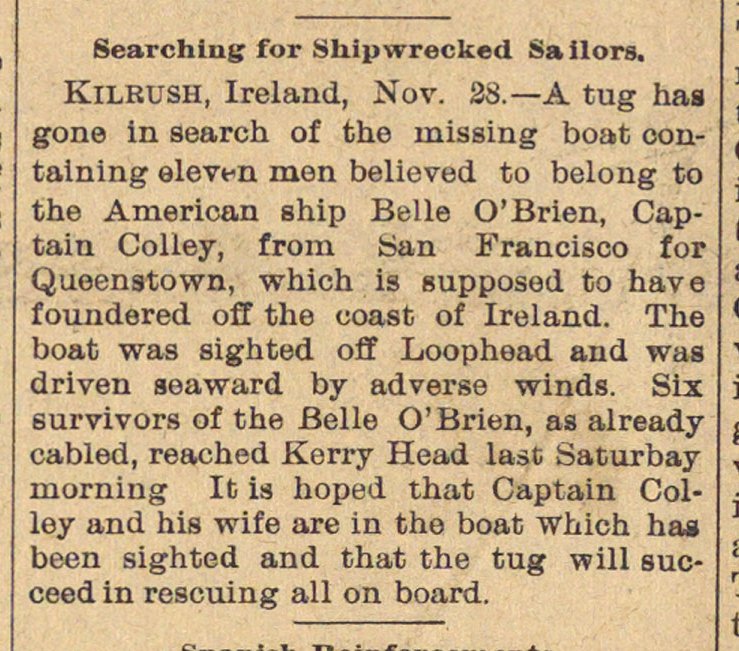 KlLRUSH, Ireland, ííov. 33. - A tug has gone In search of the missing boat containing elevt-n men believed to belong to the American ship Belle O'Brien, Captain Colley, from San Francisco for Queenstown, which is supposed to have foundered off the coast of Iroland. The boat was sighted off Loophead and was driven seaward by adverse winds. Sis survivors of the Belle O'Brien, as already cabled, reached Korry Head last Saturbay morning It is hoped that Captain Colley and his wife are in tho boat Which has been sighted and that the tug will succeed in rescuing all on board.