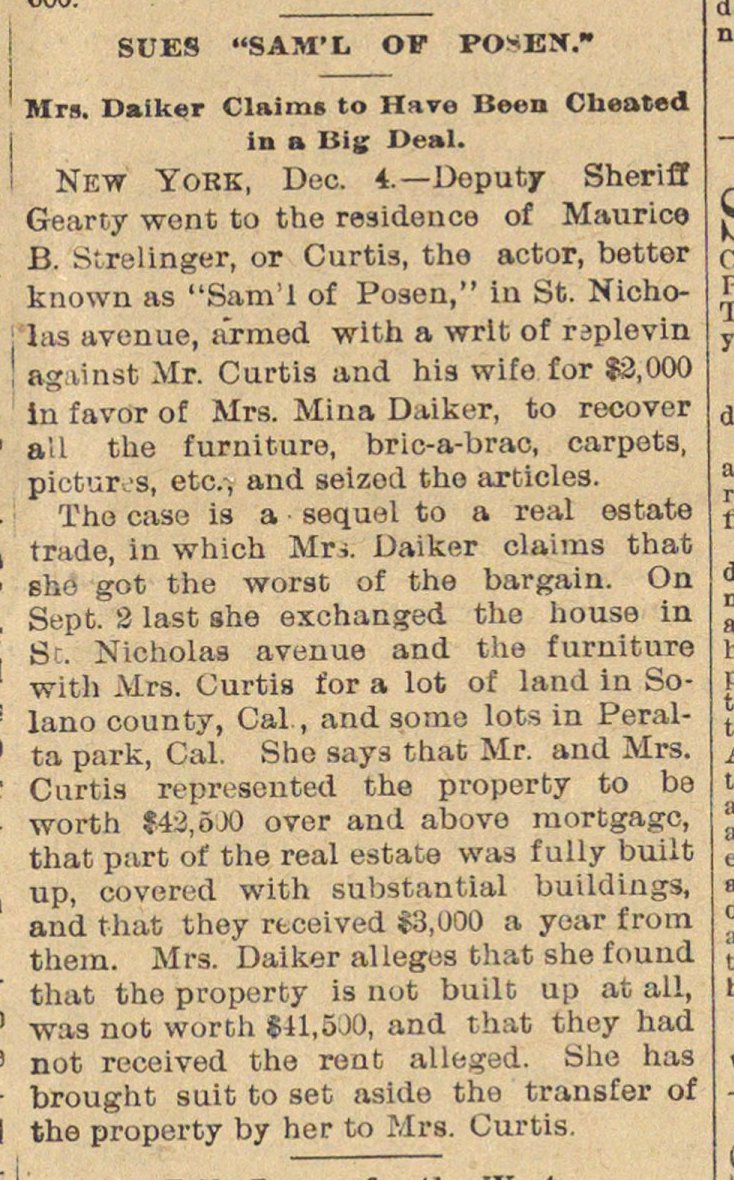 New York, Dea 4.- Deputy b&enn Gearcy went to the reaideuce of Maurice B. Strelinger, or Curtis, the actor, better known as "Sam'l of Posen," in St. Nicholus avenue, armed with a wrlt of rjsplovin against Mr. Curtís and his wifo for $2,000 in favor of Mrs. Mina Daiker, to recover all the furniture, bric-a-brac, carpeta, picturea, etc.-, and seizod the articles. ïho case is a ■ sequel to a real estáte trade, in which Mr. Daiker claims that sho got the worst of the bargain. On Sept. 3 last she exchanged the house in Sc. Nicholaa avenue and the furniture with Mra. Curtia for a lot of land in Solano county, Cal , and some lots in Peralta park, Cal. She saya that Mr. and Mrs. Curtis representad the property to be worth ?4a,öJ0 over and abovo raortgagc, that part of the real estáte was fully built up, covered with substantial buildings, and that they rtceived $3,000 a year from them. Mrs. Daiker alleges that she f ound that tho property is not built up at all, was not worth íll, 5J0, and that they had not received the rent alleged. She has brought suit to set aside the transfer of the property by her to Mrs. Curtis.