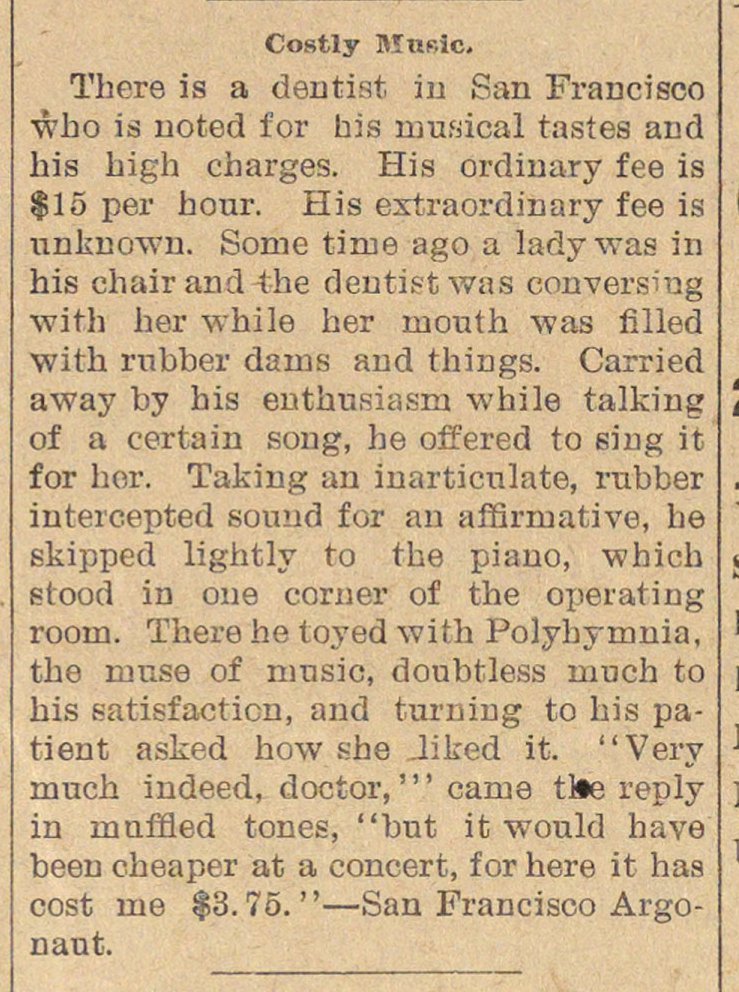 There is a dentist in San Fraricisco wbo is noted for bis musical tastes and his high charges. His ordinary fee is $15 per hour. His extraordinary fee is unknown. Some tirue ago a lady was in his ohairand the dentist was conversing wifch her while her inouth was filled with rubber dains and things. Carried away by his enthusiasrn while talking of a certain song, he offered to sing it for hor. Taking an inarticnlate, rubber intercepted sound for an affirmative, he skipped lightly to the piano, which stood in one corner of the operating room. There he toyed with Polyhymnia, the mnse of music, doubtless much to his satisfacticn, and turning to his patiënt asked how she Jiked it. "Very much indeed, doctor,'" came tlie reply in mnffled tones, "but it would have been cheaper at a concert, for here it has